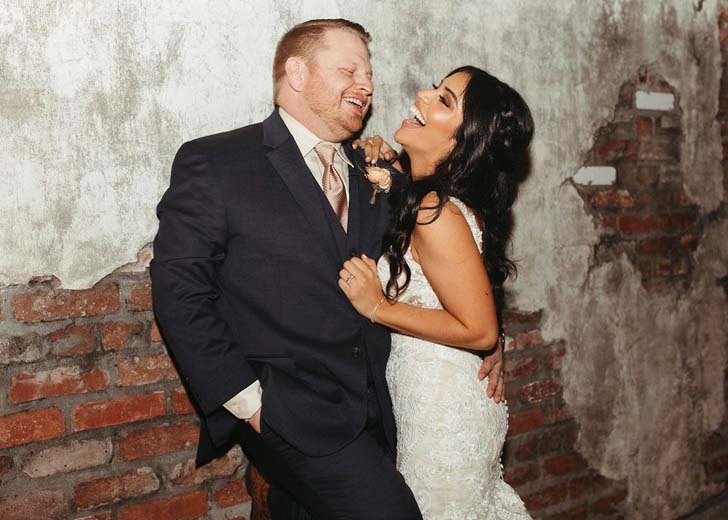 The actress and entrepreneur Martin marked her second anniversary on December 10, 2022. She shared a flashback picture from her wedding day with Lachney.

Alongside the photo was a short note that summarized their relationship. “2 YEARS and counting.. it just keeps getting better,” she wrote.

Congratulations were in order as several online personalities and fellow actors voiced their happiness and support for the pair.

Many wrote “Happy Anniversary” under the comment section, and a few people expressed their wish for their continued union.

“Happy anniversary to this gorgeous couple! May our Lord keep blessing y’all forever. Los amo,” commented one of their fans.

When Martin and her husband were both around 11 years old and still in their early years, the now-married pair first met.

Martin and Lachney’s bond changed as they entered high school and started dating. They had been together for years, but destiny had other plans.

Martin had to relocate to Los Angeles in order to establish a respectable profession, and they both took different routes.

The pair decided to separate ways as a result. They remained close friends, nonetheless, and encouraged each other’s professional choices.

For six hard years, Martin and Lachney parted ways, but they remained great friends. She told People she always felt they’d get back together despite their long separation.

However, they couldn’t remain apart; their love for one another was too great. They reconciled sometime in September or October of 2018.

Lachney made the decision to commit to the love of his life more than a year after Martin and her boyfriend reconciled.

The actress and her boyfriend traveled from Louisiana to Los Angeles in January 2020 as she prepared to promote her Netflix comedy.

They stopped briefly at the Grand Canyon en route. Martin had no idea what her partner had in store for her, to say the least.

Lachney, holding a single solitaire round diamond ring in his hand, seized the ideal moment to get down on one knee and propose. She said, “yes,” and the two got engaged.

The Genetified actress told People about her unanticipated engagement, “It was completely unexpected and beyond magical.”

Karrie Martin and Ryan Lachney got married in December 2020

The couple’s engagement announcement was made public, while People magazine also reported that they would be wed in December 2020.

Martin revealed on December 26, 2020, through an Instagram post, that she and her lover had married on December 11. She had uploaded a picture of them kissing from the wedding.

She wrote, “Happy Holidays from The Lachneys!! On 12.11.2020 I got to marry my best friend alongside our closest friends and family,” alongside the picture.

Did Charli D’Amelio Break up with Boyfriend Landon Barker? Know the Truth