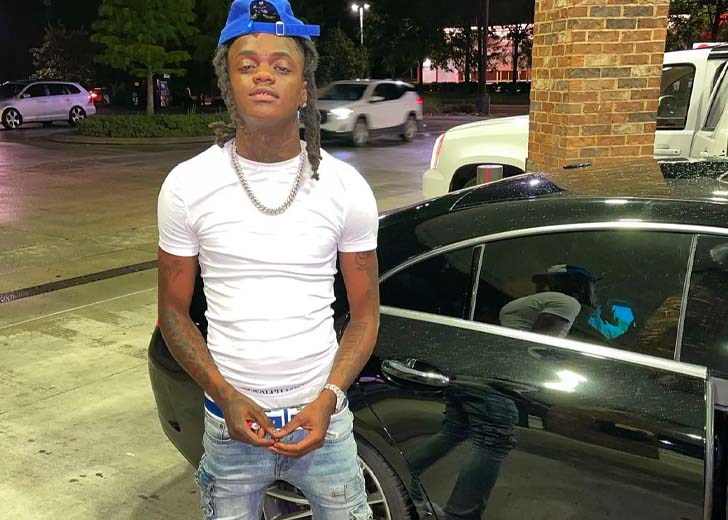 JayDaYoung was once arrested for carrying arms without a permit.

JayDaYoungan died from gunshot wounds outside his home on Wednesday night. Javorius Tykies Scott, better known as JayDaYoungan, was an American singer and rapper.

The 24-year-old rapper, renowned for his singles ’23 Island’ and ‘Elimination,’ was shot alongside a male cousin, Kenyatta Scott Sr., according to the Bogalusa Police Department.

JayDAYoungan was shot in Louisiana on July 27, 2022

The Bogalusa Police Department said on their Facebook page that they had gotten a complaint of a gunshot in the 600 block of Superior Avenue in Bogalusa, Louisiana. The incident occurred shortly before 6 p.m, July 27, 2022.

According to the department, one person was brought to the hospital, and another remained at the site with serious injuries. They also indicated another shooting in another neighborhood, presumably linked to the initial one on Superior Avenue.

Scott’s sister and the Bogalusa Police Department verified that he was one of the victims of the shooting, and the rapper was taken to the hospital in critical condition. Both parties later confirmed that he succumbed to his injuries.

According to investigators, JayDaYoungan died just before midnight, at the young age of 24. However, the rapper’s cousin is in stable condition.

The Bogalusa police department writes in confirmation, “We can now identify the victims as Javorius Scott, A.K.A. JayDaYoungan and close family member Kenyatta Scott Sr. We can also confirm that Javorius Scott has died as a result of his injuries. Kenyatta Scott Sr. has been transported to another facility, and we have been told he is in stable condition.”

The post continued, “Detectives are currently conducting interviews and working leads. Further information will follow as it becomes available.”

Police stated in a statement that this is a fluid situation, and the officers are working hard to identify the perpetrators of these crimes.

JayDaYoungan leaves behind a young child

According to his social media posts, JayDaYoungan leaves behind a young son. He has shared many posts with a child on his Instagram account, including one with a caption that reads, “Happy Bday son, daddy love you the greatest.”

The young rapper’s fans are heartbroken by the news of his untimely demise and have taken to his Instagram to express their condolences.

The rapper posted a video on Instagram with his son only a few hours before he was shot outside his home.

JayDaYoungan was charged with carrying a gun

He was freed from jail on gun charges just one month before the shooting.

He was charged with assault in Texas while being arrested for illegally possessing oxycodone and was discovered carrying a gun he was not permitted to have in October 2021.

According to the New York Post, he was detained in September 2021 on a $175,000 bail after being suspected of being an accessory to second-degree murder.

If the rapper was involved in the shooting is yet unknown. He was given a five-year prison term for the gun crimes but was freed last month after receiving credit for time served.