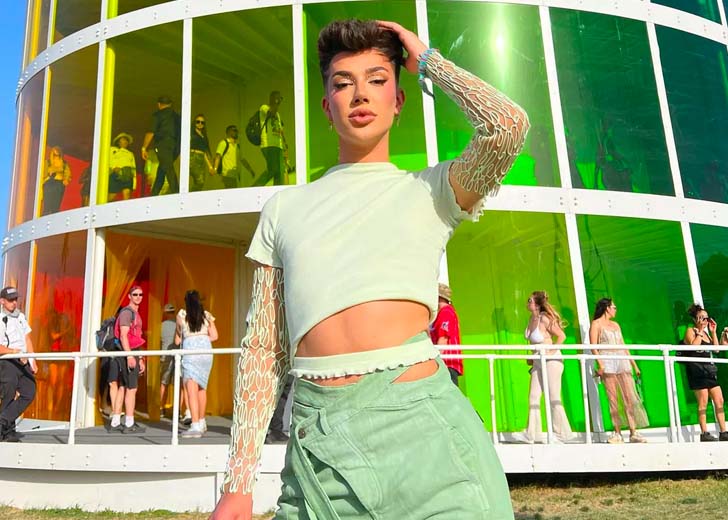 “The BBL is BBLing!” James Charles writes on TikTok video.

A recent TikTok video, posted by James Charles, seemingly confirmed that the YouTuber and MUA had got a Brazilian Butt Lift, famously termed BBL.

On July 20, 2022, Charles shared a video, where he showed a conversation between his fans and himself. He impersonated his fans, saying, “Wow your [expletive] is HUGE!”

And in response, the social media personality asks what that means, to which he, while impersonating his fans, adds, “The BBL is BBLing!”

The video ends with him thanking the fans for the compliment made on his butt lift. He even gives them a flying kiss.

The comment section of the video was quickly filled with fans’ reactions, with many implying that the makeup artist finally admitted to getting a BBL.

Charles even responded to a few comments, acting as if he was unaware of what the fans were saying. For instance, a fan wrote, “is this him confirming,” to which he responded with, “huh.”

Well, the internet personality has been rumored to have multiple plastic surgery over the years — and lately, the internet is suggesting that he had a butt lift.

Back in 2020, the YouTuber himself made a tweet, revealing he was going for surgery.

He even asked his fans to wish him luck with his surgery. His fans were curious and asked him about it, and in response, Charles joked that he was getting an “ass reduction.”

Ever since then, the plastic surgery rumors and discussions, associating Charles, have only increased.

It further became a talking point when he shared a photo and a TikTok video of his day 2 Coachella 2022 outfit.

He donned a skintight custom-made, thermal-printed, mesh full bodysuit that clasped every curve, including his extremely rounded and uplifted bottom.

And on the top of the bodysuit, he wore a pair of neon blue shorts, but he made sure his fans got a good view of his back on Instagram and TikTok.

Sharing his Coachella experience on TikTok, he wrote, “Everyone always makes fun of influencers for trying so hard at Coachella. Personally, I think doing the crazy custom looks is fun. It’s festival wear. But this year, I thought going a bit more casual would be the vibe.”

He further stated that he wanted to wear something attention-grabbing, not attention-seeking, but in doing so, people complained that he was not trying hard enough.

On the contrary, people started talking about his physical appearance. And as discussed, the rumors started swirling that he might have gone under the knife to attain those perky bottoms.

Netizens didn’t stop there. They apparently started investigating on their own and found that Charles had purchased adult diapers. Those diapers are reportedly often recommended by doctors for people who have gotten a BBL to prevent leakages.