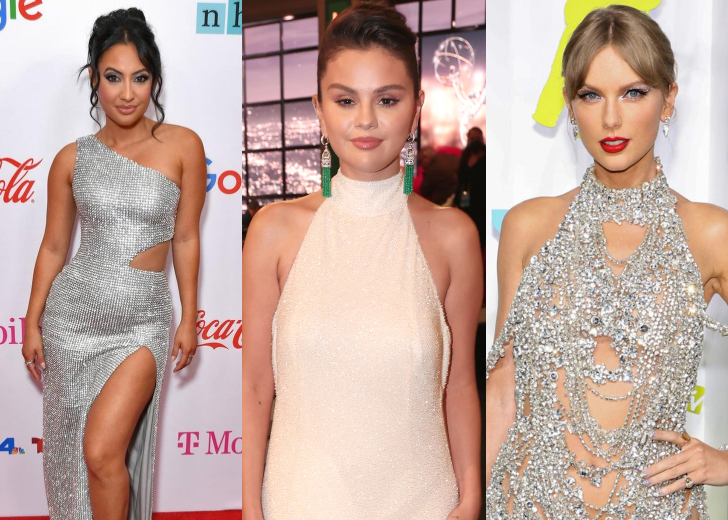 Francia Raisa commented “interesting” when Selena Gomez claimed that Taylor Swift is the only friend she has in the industry.

Longtime friend and kidney donor Francia Raisa unfollowed Selena Gomez on Instagram after the premiere of her documentary Selena Gomez: My Mind & Me and made a statement about how Taylor Swift is the only true friend she has in the music business.

Raisa, who donated a kidney to Gomez, reportedly responded “interesting” to Gomez’s claim in a post shared by E! News on Instagram before deleting it a few moments later.

The information became public after Pop Crave, a well-known content producer, re-posted Raisa’s comment on numerous social media sites and confirmed that she had unfollowed the singer.

The Only Murders in the Building actress discussed her life in the entertainment industry with Rolling Stone’s Alex Morris in an interview published on November 3, 2022.

Gomez revealed that Swift is her only friend in the entertainment industry. She said, “I never fit in with a cool group of girls that were celebrities. My only friend in the industry really is Taylor [Swift], so I remember feeling like I didn’t belong.”

Gomez and Swift first met in 2005, and they “simply clicked,” according to Gomez, who revealed to KIIS FM UK in 2017 that they were both dating The Jonas Brothers members at the time.

In recent weeks, the buddies have been extolling one another. According to Billboard, Gomez stated on her brand-new SiriusXM Radio station on Thursday that Swift is the “most influential artist, for me.”

Selena Gomez’s kidney donor Francia Raisa reportedly reacted to her saying that Taylor Swift is her only real friend in the [music] industry:

Swift, who on October 21 released her tenth studio album Midnights, also supported Gomez and her newest project. The artist published the trailer for My Mind & Me in an Instagram story on Friday and wrote, “So proud of you. Love you forever.”

The Bring It On: All or Nothing actress claimed during a 2013 interview with Latina that she and Gomez “just clicked” after their initial meeting in 2007 at a charity event.

They gained attention in 2017 after the former Disney Channel star received a kidney donation from Raisa. Following problems with Lupus, Gomez disclosed on Instagram that her longtime friend “gave me the ultimate gift and sacrifice by donating her kidney to me.”

In a tweet honoring World Kidney Day in March 2021, the Wizards of Waverly Place star said she is “forever grateful” to Raisa. She wrote, “Thank you for blessing me.”

Some fans were shocked by Gomez’s social media post because there have long been reports that the two fell out following their transplant operations.

In 2019, according to RadarOnline, the two were no longer pals. Although neither of them ever addressed the rumors surrounding their connection, the singer of ‘Bad Liar’ did send a birthday tribute to her donor in July 2020.

The How I Met Your Father star appeared to be present at Gomez’s 30th birthday celebration when fans noticed her in a photo from the party.

On July 27, 2022, Rasia and Gomez got back together for a humorous TikTok video shared on the singer’s account. In it, they parodied the TikTok trend “He’s a ten, but….” However, she did not appear in Gomez’s documentary.

How Old Is Niana Guerrero? Know Her Parents, Siblings, Height, and Net Worth