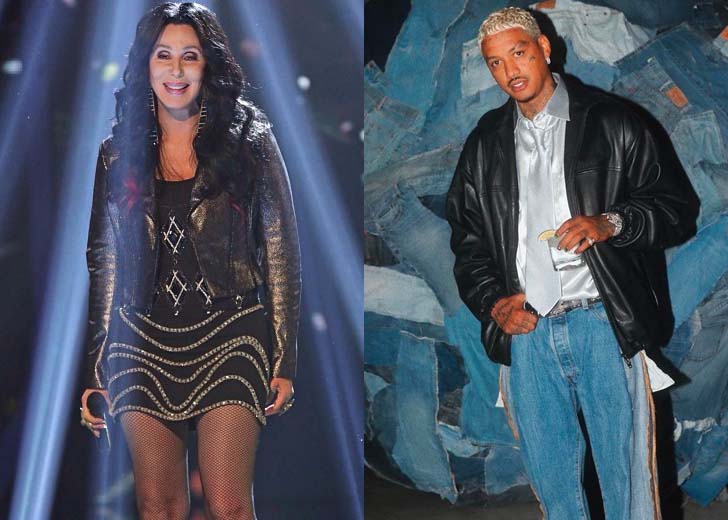 Cher and AE are proving age doesn’t matter in love!

American singer Cher seems to have a new love interest in her life. And the man in question is Alexander ‘AE’ Edwards.

On October 30, 2022, Deuxmoi received an anonymous tip saying that Cher and Edwards were seen together at Chateau Marmont, Los Angeles, on Wednesday night, October 26.

The tipster initially wrote, “Wednesday night at Chateau Marmont – CHER sitting at a table with Tyga and Evan Ross.” “Also sitting at the table was AE (amber rose baby daddy),” the tipster added.

As the anonymous source continued, they mentioned that Cher and Edwards were making out, and Edwards was sucking on Cher’s fingers. “A little too bizarre. Anon pls,” the source concluded.

This tip was yet to be confirmed until big media outlets like People Magazine and Just Jared got a hold of this news and made it official.

On November 3, 2022, People reported that the 76-year-old singer was all smiles as she was seen holding hands with the 36-year-old music executive on Wednesday, November 2, in Los Angeles.

Later, TMZ also came forward with the same news, revealing more details about that night. The outlet reported that Cher pulled up in front of the celebrity hotspot Craig’s in West Hollywood, where Edwards and Tyga were waiting for her.

When she arrived at Craig’s, Edwards came out to escort her in, and while they headed inside, they held hands. Not only that, but he behaved like a cautious partner as he told his rumored girlfriend to watch her steps.

After spending some time at Craig’s, Cher, Edwards, and Tyga headed out to The Nice Guy, located just a mile away. TMZ reported that Tyga went there in his ride, whereas Cher and Edwards shared a car,

And while in the backseat of the car, paparazzi witnessed Edwards delivering a delicate kiss on Cher’s hands.

When the three amigos arrived at The Nice Guy, Tyga was the first to enter the restaurant. “You’re gonna miss the real photo!” he told the photographers while pointing out to Cher and Edwards, who were donning matching black outfits.

Tyga’s subtle reference further hinted that Cher and Edwards were an item, proved when the two walked hand-in-hand and entered the restaurant. And after their time there was over, they left together, probably going to Cher’s Malibu home.

These instances made the netizens believe that Cher and Edwards were dating and even talk about their 40-year age difference. However, it’s just rumored for now as neither of them nor their respective reps have confirmed anything about their possible relationship.

Before this, Cher was a married woman; to Sonny Bono from 1964 to 1975 and to Gregg Allman from 1975 to 1979. And after her two divorces, she has had a history of dating younger men, including Tom Cruise, Val Kilmer, and Rob Camilletti.

In 2021, she candidly spoke about dating younger men to People. She said, “The truth was if I hadn’t gone out with younger men, I would have never had a date. Younger men weren’t intimidated by older women. But older men in my age category, they weren’t having it.”

As for Edwards, he was previously dating Amber Rose, with whom he shares a 3-year-old son named Slash. Edwards and Rose began dating in 2018 and called it quits three years later, in August 2021, after he was caught cheating on her with different women.

Rose exposed Edwards’ cheating via her Instagram stories. She had written, “I’m tired of getting cheated on and being embarrassed behind the scenes. All 12 of y’all bums (The ones that I know of, there’s probably more) can have him.”

“Y’all very much knew he was in a relationship with a baby, and y’all decided to [explicit] him anyway,” she added. And while she never took Edwards’ name, it became apparent that she was talking about him. The music executive later admitted that he was cheating on Rose and that he “got caught.”

“At the end, I don’t think anybody can be happy or successful if you’re not truly yourself, whether other people understand it or blame you… It’s just who I am, and it’s not how [Rose] wants to be loved,” Edwards said in his Instagram live session.

Everything about Austin Stowell's Love Life — Is He Gay or Dating Lucy Hale?

Posted on November 22, 2022November 22, 2022
A DCP representative made it clear that Chris Brown was not at fault for the tribute's cancellation; it was an issue of creative direction.
Read More