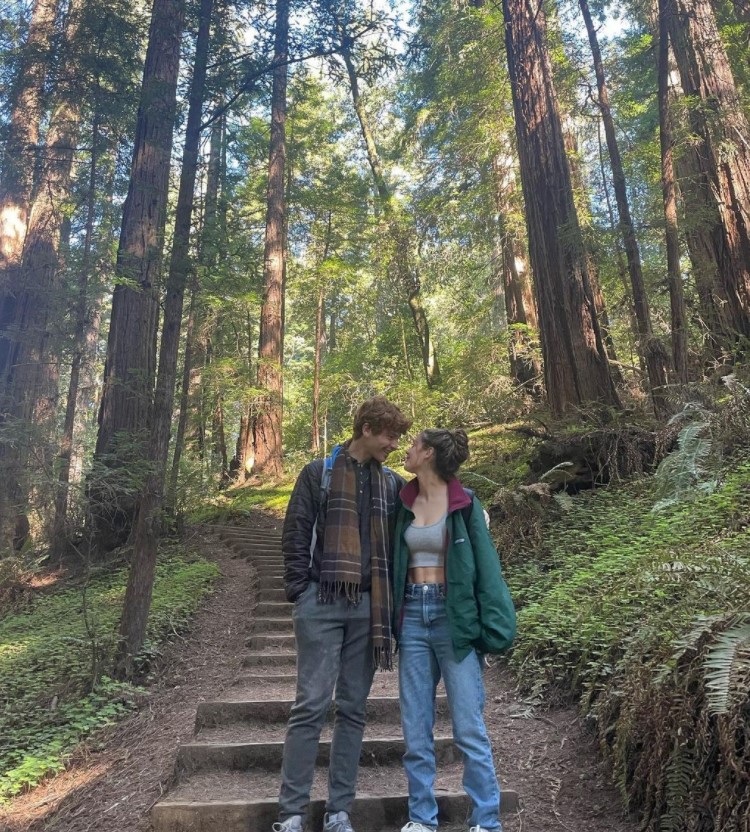 Carson Holmes has finally decided to open up a little more about his life. And he has started by revealing that he has someone special in his life.

On Wednesday, March 9, 2022, the Ozark star took to his Instagram handle and shared some glimpses from his personal life — probably for the first time.

He had posted a series of pictures with his girlfriend named Sydney McCann and made his relationship Instagram official. In those four photos he shared, the newest couple in the town looked adorably cute.

The first picture was of Holmes and McCann looking at each other’s eyes as they stood in the stairs in the middle of a forest. The second picture was of them surfboarding using an electric-powered jet surfboard.

The next one was a bit of a goofy one – it was a mirror selfie in which they were sticking their tongues out. And the last one was of them kissing each other – but only their shadows were clicked.

Captioning the picture, he wrote, “To my best friend I love you and I can’t wait to see you soon ❤ only one tap ;).”

Several co-stars, friends, and well-wishers of the actor took to the comment section to shower their love for the couple. Holmes’ on-screen cousin and Ozark co-star Julia Garner wrote, “You two cuties!!!” followed by three red hearts.

Furthermore, one Instagram user appreciated the last shadow-y kissing picture of the couple and wrote, “that last picture is everything it looks like pure art.”

Before going Instagram official with his partner, Holmes had been very private about most of the things about his life. But as we witnessed it now, it seems like he might be starting to open up, though it might take some time.

Who is Carson Holmes’ girlfriend?

As mentioned above, Holmes’ girlfriend’s name is Sydney McCann. She is currently available on Instagram under the username of @sydney_mccann_, where she has garnered 1,026 followers.

She isn’t a public figure, and not much is known about her. Similarly, her Instagram handle is private; thus, not many details could be taken from her social media handle.

Nonetheless, her Instagram bio mentions that she is currently studying at the University of California, Davis, and will graduate in 2025. It also hints that she has joined the university’s Track and Field team.

Her major is listed as “Undeclared-Life Sciences.”

Everything to Know About 'Tyson's Run' Star Major Dodson