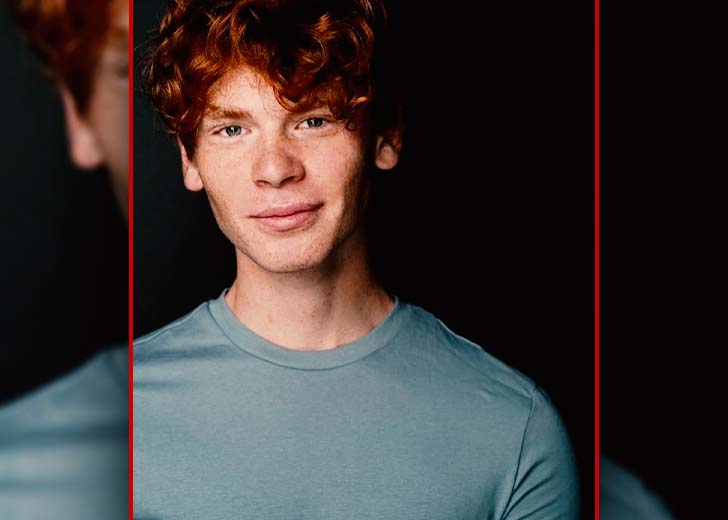 Carson Holmes has risen to fame in the short time he has been in the entertainment industry. He is best known for his role in the Netflix original crime drama show titled Ozark.

Besides his role in the Midwestern crime-and-drugs drama, he has appeared in movies and TV shows such as Outcast, The Darkest Minds, Instant Family, The Passage, The Best of Enemies, Uncle Frank, and Naomi.

While the actor has gained quite the limelight, he prefers to live in his own world, away from the cameras and public. Here is everything we know about him!

Holmes is a private person who lives in his own world and stays away from the limelight.

Due to the same reason, he isn’t much active on social media platforms. He only uses Instagram – where he is rarely active – and is yet to create an account on Twitter.

As he is rarely active on Instagram, he hasn’t posted much. He created his Instagram account in July 2017 and only has 62 posts as of this writing. Additionally, he has a little over 4,000 followers only.

How old is Carson Holmes?

Due to Holmes’ private life, little to no information is available about him. However, upon further digging, tidbits of information have been found.

On March 25, 2020, the actor did an interview with ExBulletin, and in that interview, details about his age and education were revealed.

The outlet mentioned that he was 13 years of age when he was first cast in Ozark and that he was 17 at that time. Thus, it’s fair to say that Holmes is 18-year-old now and was born in 2003.

However, it’s still unknown when he celebrates his birthday,

As the interview went on, information about his academics was also disclosed. Holmes mentioned that he used to study at St. Marks Catholic School when he was cast in Ozark. And at the time of the interview, he was attending Cape Fear Community College (CFCC).

Who are Carson Holmes’ parents?

In the same interview with ExBulletin, Holmes also talked about his parents. He revealed that his father was a classical violinist, and he “did a lot of violin for most of the shows at Thalian Hall.”

Talking about his mother, he said that she isn’t into music but “tries to sing.” Though those details were shared, the names of his parents were kept a secret.

Apart from parents, the Wilmington, North Carolina native actor has a sibling: a sister named Piper Holmes. Much like Carson, his sister is also involved in performance and the arts.

In early 2020, the actor was a part of Opera House Theater Company’s production of The Sound of Music. His sister had also taken part in that play and played the role of Marta.

How tall is Carson Holmes?

As of this writing, Holmes’ official or exact height is yet to be revealed. However, several outlets have reported that he stands at a towering height of 5 feet 8 inches or 1.73 meters.