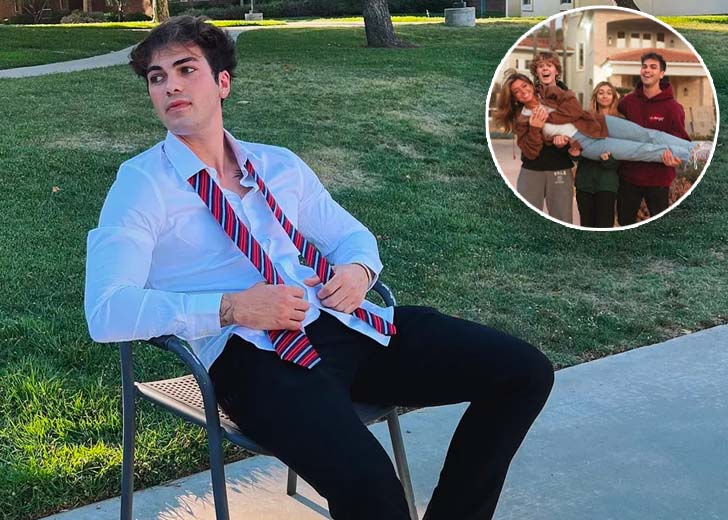 Read what Thomas Petrou had to say!

On the next day, Swatosh confirmed her departure from the content creation house after replying to a fan on one of her TikTok videos. Then, around a week ago, on July 15, she posted a 37-seconds long TikTok video that gave a glimpse of her move.

“ILL LOVE YOU FOREVER HYPE [The Hype House]. THANKS FOR EVERYTHING. See you guys soon,” she wrote as the caption. Under the video, Hype House co-founder Thomas Petrou commented, “On to the next chapter. So proud of you.”

And now, Petrou has opened up on why Swatosh left the Hype House after joining the group in February 2022. On Wednesday, July 20, Petrou took to his TikTok handle to upload a video made alongside Swatosh.

The video opened with Petrou saying, “You are probably wondering, where is Tabitha? She is right here.” The video cuts to Swatosh as she is seen laughing and sitting in a chair.

She said, “There is something that I feel would be appropriate,” and then poured some water from a water bottle to make fake tears. “Cue the sad music. I am sure you guys are wondering what…,” she added as the video abruptly cuts back to Petrou, who also has fake tears.

Swatosh could be heard giggling in the background. “For everyone wondering, Tabitha is leaving,” Petrou said as he wiped his fake tears with his hands. And just after that, both of them started to laugh. But the serious stuff began afterward.

Petrou explained Tabitha Swatosh’s departure from Hype House and said, “I have talked about this so many times on the [YouTube or TikTok] channel in all seriousness. Hype house started two years ago.”

“We have had 32 members now. They are no longer a member of Hype House, and people seem to make things always like, ‘You have to be a part of the brand [Hype House] forever. And it’s just not realistic.”

Petrou continued, “I am probably going to be the only person that’s around the longest period of time. The whole point of Hype House is to try to help people get to the next level of their careers, and Tabitha came in with already a very solid following.”

“And she really had her career, and we [Hype House] helped with…,” Petrou said, after which Swatosh came into the frame and continued what he was saying by adding, “make self-love and confidence and being able to talk to boys in public….”

Swatosh continued, “and potentially setting me up with the opportunity to fall in love with a man in the future.”

“Tabitha has been with us for a couple of months, and she is off onto the next chapter of her life, and it’s positive,” he concluded. Swatosh decided to make a little pregnancy joke out of the word positive and said, “Yeah, it’s very positive. I’m actually expecting.”

When she said that, Petrou awkwardly looked at Swatosh, but she completed her sentence by saying that she was expecting to move to a new apartment — after which Petrou laughed.

Going by all that, it seems like there isn’t any bad blood between Swatosh and Petrou or any other existing or new members of the Hype House. Her departure upset some fans, but she seems happy to start a new journey in her life.