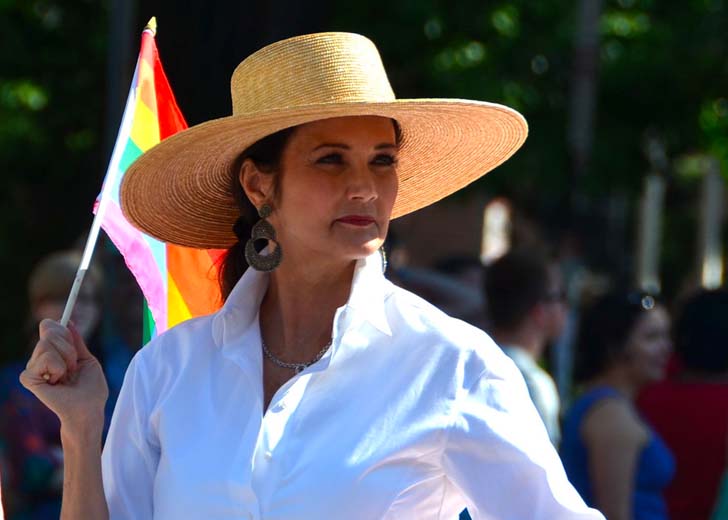 “They face so much violence and scrutiny as is. Leave them alone and focus on the real war on women,” Lynda Carter tweeted.

Lynda Carter has once again shown her support for the LGBTQ+ community.

On Wednesday, July 6, 2022, the American actress, famously known for playing the role of Wonder Woman in the 1970s, took to her Twitter handle to defend transgender women.

She wrote a short yet moving tweet that was appraised by many celebs and non-celebs. “I cannot think of anything that helps women’s rights less than pinning the blame on trans women,” Carter first wrote.

She then mentioned that transgender women have been facing so much violence and scrutiny, and people should leave them alone and shift their focus toward the real war that’s happening to women.

Her tweet concluded with her writing, “It’s happening in the courts and legislatures around this country.”

And as mentioned earlier, her views were fully appraised by many. American author Bill Corbett wrote, “You’re the best, thank you.” And podcast host Rex Chapman dropped a heart emoji.

“Truly the dose of kindness so many of us needed today. Thank you, Lynda,” wrote American activist and openly lesbian writer Charlotte Clymer.

Similarly, there were many non-celeb Twitter users who appraised Carter for defending transgender women. One wrote, “I really appreciate when a famous cis person uses their platform for good. Really appreciative of this Wonder Woman.”

“She never needed the costume to be Wonder Woman. This is how you ally,” another user wrote.

Likewise, one user thanked the actress for speaking up and stated that every transgender woman they know is exhausted and the last couple of years have been rough on them.

Furthermore, one Twitter user wrote, “I can’t begin to say how grateful I am that the Wonder Woman of my childhood is still a superhero today. Thank you, Lynda! With love from a ‘70s kid who loves her trans friends.”

The 70-year-old Lynda Carter has supported the LGBTQ+ community and advocated for their legal equality for a long time. Besides, she has been the Grand Marshal at different pride parades, such as the 2011 Phoenix Pride Parade, the 2011 New York Pride Parades, and the 2013 Capital Pride Parade.

In addition, she has shown her support for other causes, including Susan G. Komen for the Cure and abortion rights. Furthermore, she happily served as the Grand Marshall for the Washington, D.C. AIDS Walk in 2010.