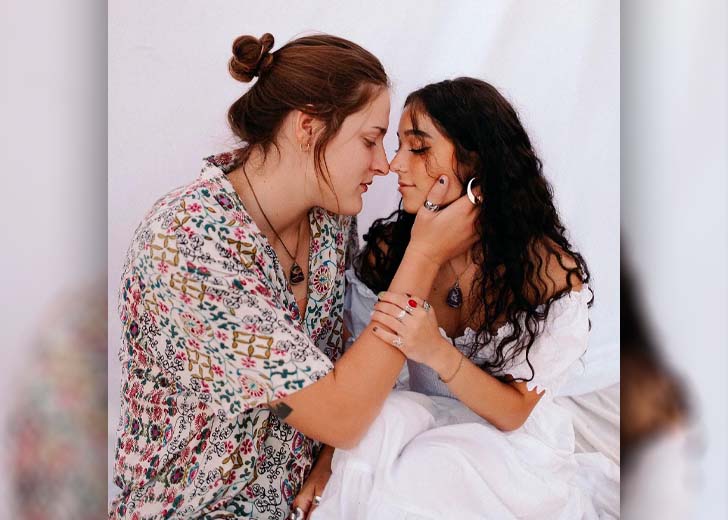 See what the split couple had to say!

Sedona Prince and Rylee LeGlue are no longer together and are asking for privacy!

On Sunday, July 31, 2022, the basketball player took to her TikTok handle to share a video where the couple announced their breakup. “Hi everyone, Rylee and I broke up,” Prince said, with LeGlue adding, “Surprise.”

Although Prince shed a laugh after that, they then went through the more serious stuff. “Ok, but on a serious note, we did break up. We did split for, kind of, the best. Um, it was a mutual decision,” Prince added.

She again continued, “We both decided and are very at peace with this. We just felt like we were growing as individuals, and we felt like it was our kind of duty and responsibility to tell you guys because we do share [our] relationships so much on this app [TikTok].”

As Prince went on, she mentioned that she would no longer appear on LeGlue’s TikTok videos and social media posts and vice-versa.

After that, LeGlue took over, but as she started talking, she said that she was going to cry again. Nonetheless, she held back her tears and said, “We still have so much love for each other.”

Prince then thanked her followers and well-wishers for their love and support. “It’s been such an incredible journey the last year and a half. It’s been so much fun sharing our relationship with you guys and you’ve been so incredible.”

While concluding the video, Prince said she had been blessed to have such a great relationship with LeGlue.

After the video was uploaded, Prince went to the comment section to add one last thing. She wrote, “Please please please let us handle this in private and on our own terms. Thank u guys for the support always.” A red heart emoji was added at the end.

Similarly, thousands of shocked had taken to the comment section to express their feelings. One fan of the duo wrote, “there’s no way my favorite couple ever just broke up.”

“Love and respect to you both!!” one commented with another adding, “I’m crying.”

The news also reached Reddit, with one user writing, “Just shows that you never really know what’s going on behind closed doors when you’re famous. I hope they are at peace with their decision.”

On the same Reddit thread, other Redditors were discussing how Prince and LeGlue’s relationship was seemingly off in the last few days. Additionally, some users were talking about Prince cheating on LeGlue.

One of the Redditors wrote, “I know someone who goes to school with Sedona who said she cheated on Rylee all the time. So, this isn’t surprising, lol.” “I’ve heard a lot of people who have gone to Oregon say that,” another user added.

Some Redditors also talked about the now-split couple who had moved in less than a month ago, and their mutual split seemed off. “When couples say they broke up mutually, I never believe it. Y’all think Sedona initiated it??” one wrote.

With all this going on, neither Prince nor LeGlue have made any comments on these fan discussions. For now, it’s confirmed that they are no longer together, although they are yet to delete pictures and videos of each other from their social media handles.

Prince and LeGlue officially started dating on March 10, 2021, after knowing each other through TikTok. LeGlue commented under one of Prince’s spam TikTok accounts and asked to measure hand sizes as Prince is much taller than LeGlue.

Sedona Prince is much taller than her ex-girlfriend Rylee LeGlue (Photo: Instagram)

Talking about their height difference, Prince stands at a towering height of 6 feet 7 inches, whereas it’s reported that LeGlue has a height of 4 feet 9 inches. Returning to the two, they started talking after that, and they eventually began dating.

The now-former couple began flaunting pictures on Instagram and making TikTok videos together, which garnered them more social media followers. On March 10, 2022, they celebrated their first anniversary, and everything seemed fine then.

However, little did anyone know that their relationship was about to end in less than five months. And now, Prince and LeGlue have officially parted ways.