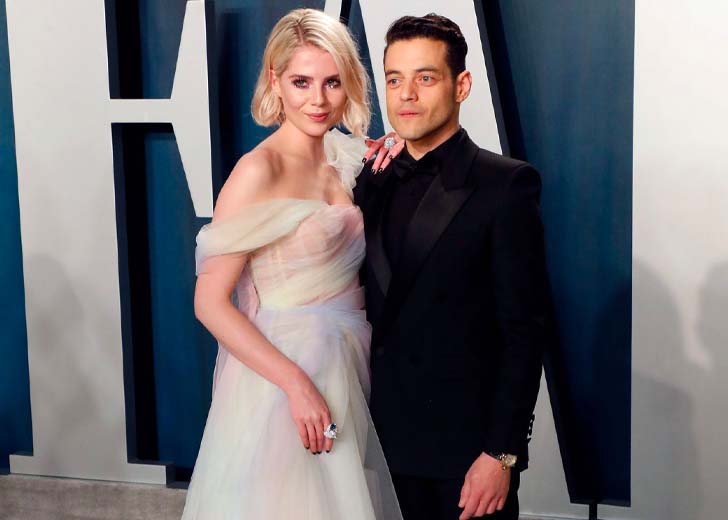 Once again, the famous tea page Deuxmoi has revealed that the Mr. Robot actor Rami Malek and his longtime partner Lucy Boynton, a British-American actress, have been secretly married.

An insider told the tea page that the pair are married and disclosed that they were good friends with Malek’s cousin.

“Met Rami and his brother at a wedding I attended. The cousin even wished him a Happy Wedding Day,” the insider told Deuxmoi.

Additionally, a few years back, the iconic duo was also rumored to be engaged in a private ceremony. That being said, the celebrity couple hasn’t officially confirmed their relationship status.

Another pair who met and fell in love on set was Malek and Boynton. The two have been secretly dating since at least 2018, when they first connected while working on the movie Bohemian Rhapsody, which boosted them into a celebrity.

Since that time, they’ve been able to keep every aspect of their relationship a secret. They don’t have social media accounts and hardly ever discuss one another in interviews.

Shortly after filming was finished, the two made their first public appearance. They were captured together at a party by Alexa Chung for her clothing line at Moth Club in Hackney, London.

They remained silent about their relationship at the time, but suspicions that they were dating spread nonetheless.

BoJack Horseman star and Miss Potter actress went out in public once more a few weeks after they were captured together in London. They were seen at the Minneapolis 2018 DirecTV Now Super Saturday Night Concert.

A source eventually appeared to reveal that they were dating in April of 2018, nevertheless. A source close to the couple told Us Weekly that the two met while filming Bohemian Rhapsody in London, and eventually, they became friends.

At the Palm Springs International Film Festival in 2019, the status of the two was finally officially confirmed. Malek made the first public mention of Boynton while accepting the Breakthrough Performance Award for his part in Bohemian Rhapsody.

The American artist remarked, “Thank you, Lucy Boynton. You have been my ally, my confidant, my love. Thank you so much.”

The reason behind Rami Malek and Lucy Boynton’s private relationship

Boynton briefly discussed her relationship with Malek in a 2019 interview with The Cut, noting that they keep things so private because they’ve had to deal with individuals attempting to invade their privacy.

She claimed that when she was asked such scathing and direct questions about her relationship in an interview she had, it drove her to draw back somewhat.

The actress also spoke about her lover kissing her and mentioning her in his speech after winning the Best Actor Oscar. She remarked that she had a “weirdly calm” feeling at the time and quipped, “I blacked out.”

Since the couple has been keeping their relationship low-key, Malek sparked rumors all may not be well between him and Boynton when he was photographed without Boynton in Miami, partying with friends and a group of women.

Since the couple like to keep their relationship private, when Malek was pictured in Miami without Boynton partying with friends and a group of ladies, suspicions about them began to circulate that all may not be well between him and Boynton.

However, they subtly signaled that they were still together when they were seen together at the Hotel Esplanade in Zagreb, Croatia.