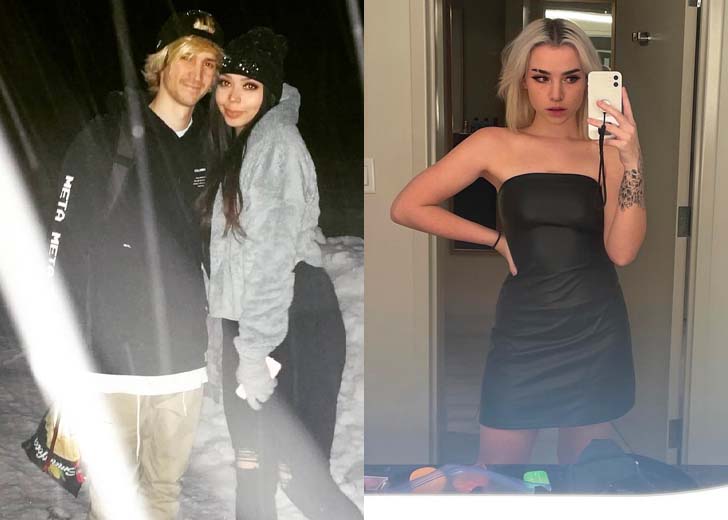 In light of leaks regarding Adept getting in touch with British streamer nyyxxii, xQc talked about their breakup.

On November 17, Felix “xQc” Lengyel responded to leaked Discord messages about his connection with nyyxxii — a British streamer — during a live stream. The Twitch star then revealed his own version of events, including the fact that his ex-girlfriend Adept had accused him of cheating on her.

Since nyyxxii and xQc began a new romantic drama, it has gained widespread attention. This is particularly significant since exposed DMs revealed that Adept had called nyyxxii a few days earlier.

xQc explained why Adept called nyyxxii before the night he broke up. (Source: Twitch)

xQc had made it clear to his audience that he wasn’t in a relationship with nyyxxii, but they were only seeing each other. But on a Livestream dated November 17, he confirmed that they were not even dating casually after rumors of the duo unfollowing each other on social media went viral.

This happened after Adept accused him of cheating, at which point the streamer’s community subsequently began calling Adept “toxic.”

After confirming that he and nyyxxii broke up, xQc went on to describe the involvement that his ex-girlfriend played in the split in response to several Reddit and Twitter posts that suggested she was somehow involved.

During his Twitch stream, Adept was devastated and had doubts that he had cheated on her, as xQc explained everything saying, “I think she is more hurt than she should be. Because she thinks that I engaged with this new person while we were dating. So, she thinks that I possibly cheated.”

xQc discussed the car situation that has been a source of dispute among his fans for the past few days while outlining the entire tale that finally led to him splitting up with nyyxxii, whom he had publicly seen since the beginning of November.

The streamer said that he had invited Adept over to his house to set the record straight on the automobile and his relationship with nyyxxii. The two started talking, and ultimately the subject of cheating came up.

He went on to explain that he had provided his phone to Adept to show that he had not cheated, saying that he didn’t care if somebody leaked his chats or recordings.

Adept saw something while scrolling through the conversations that prompted her to call nyyxxii on Discord using xQc’s phone and said, “He’s lying to you. Don’t insult me.”

xQc admitted fault for the incident, telling his chat that he should not have let anyone access his phone.

Later, the streamer added that his choice to end his relationship with nyyxxii was not solely influenced by what transpired between her and Adept. He had changed his opinion of her due to information he had learned about her from others.

“I had these verified people telling me some stories about Courtney [nyyxxii]. That made me, pretty much, not align with her as a whole,” he explained.

The streamer explained that he respects the privacy of nyyxxii and does not desire to reveal any information or tales about her but that he personally could not agree with the British streamer.

Therefore, he believed it imperative to end their meeting before it got dark. He concluded by saying that he stopped talking to her after blocking the British streamer on social media.

Meghan Trainor and Chris Olsen Fake to Be Childhood Friends