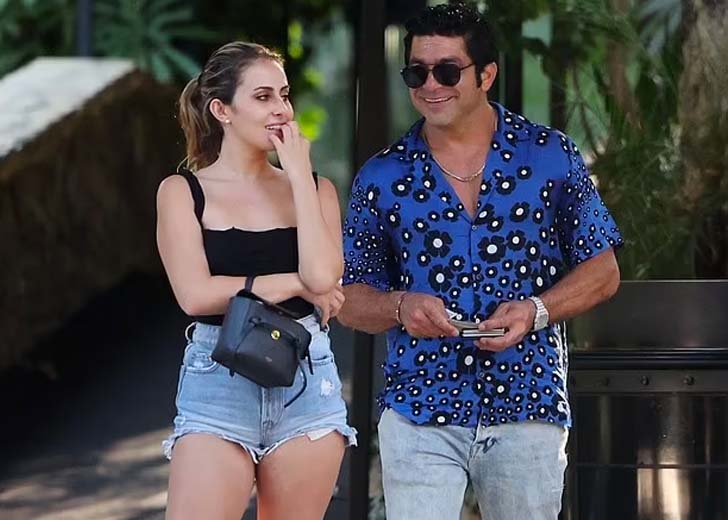 Monty Lopez and Renee Ash might be dating again after she shared multiple pictures with him on her Instagram stories.

Fans are sure that despite declaring Monty Lopez was heartbroken after his separation from Sheri Easterling, Addison Rae’s father is back together with influencer Renee Ash.

Lopez is the subject of controversy once more when keen-eyed viewers discovered the famous dad from TikTok apparently posing with an ex-girlfriend in an Instagram post.

The Instagram influencer Ash was one of the younger women with whom Lopez allegedly cheated on his then-wife Easterling throughout the summer.

Shortly after the cheating allegations became public, Ash spoke up about her relationship with Lopez. She said that she had believed him to be divorced from Easterling and that he had “misled and lied” to her into an affair.

The influencer claimed, “Unfortunately, he misled me on his marriage, he lied to me,” to Page Six. She went on to say that Lopez even introduced her to his mother and his younger brother, and she believed they had a genuine connection.

Rae’s father also related a tale from his own marriage to Ash, which persuaded her that he and his now ex-wife were living apart and going through a divorce.

Ash claimed that she broke up with Lopez after numerous female TikTok users accused the middle-aged influencer of making advances toward them in person and even over FaceTime.

However, she alleged that seeing the leaked video online of Lopez apparently stroking a girl’s rear during a night out partying was the final straw. Page Six was informed by sources that the person was only 19 years old.

Ash expressed her sincere regret for upsetting his family. She asserted that she regrets any suffering experienced by Lopez’s close family members, notably Easterling, their well-known daughter Rae, and sons Enzo and Lucas.

Rae’s parents went their separate ways shortly after, and Lopez has since moved on to other women. However, he recently acknowledged being “broken” about his split from Rae’s mother and pleaded with her to accept him back in a TikTok video.

On November 15, Ash shared a picture that many fans believe shows her kissing Lopez. Despite the fact that the man’s face was hidden, viewers are almost sure that they are seeing each other again despite their troubled past.

After a day, she posted another image on her Instagram story in which Lopez’s face could be seen, putting the fans’ skepticism to rest. She tagged him and added three black heart emojis.

Additionally, the tea page tiktokroomtm disclosed that the pair have again started following each other on their respective Instagram.

Many viewers responded under the post that they found it “weird” and “shameful.” One of the followers commented, “wasn’t he literally posting about missing sheri? LMAO what.”

The following comment read, “so ashamed of her and him,” while another added, “i’m so embarrassed for addison.”

Kat Stickler Is Pregnant? TikTok Star Did a ‘PREGNANCY Q&A’ on YouTube