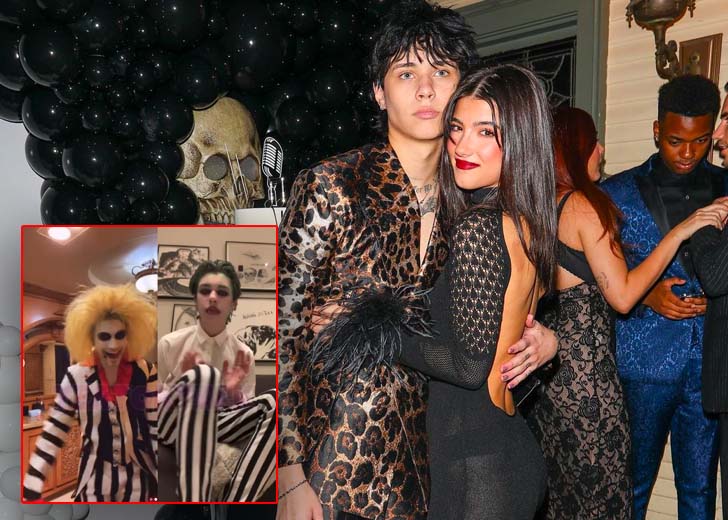 “I am in competition with nobody but myself,” Landon Barker said.

Fans are questioning Charli D’Amelio’s current boyfriend Landon Barker’s Halloween costume, with TikTok users pointing out that it is identical to what her ex-boyfriend Chase Hudson wore in 2020.

If you do not already know about it, Hudson and D’Amelio dated for quite some time before breaking up. The TikTok star D’Amelio is now dating Barker, and their relationship drama was all over the internet earlier in 2022.

The three have been dragged to the media again by fans this Halloween season after the fans and foes noticed Barker in a Halloween costume resembling something Hudson wore in 2020.

Barker, D’Amelio’s current boyfriend, showed up as Edward Scissorhands for Halloween this year. While the costume is a popular choice for the occasion, some fans have pointed out that it is the same one that the Tiktok Star’s ex-boyfriend Hudson wore two years ago.

Barker shared a TikTok video of himself in the outfit with the remark “minus the scissors.” The video has over two million views and is littered with comments accusing Barker of having a crush on Charli’s ex-boyfriend.

“I think you’re Obsessed with Chase,” one person said, while another said, “Chase did it better.” Others, on the other hand, support Chase’s costume decision, claiming that “just because Chase did it doesn’t mean he can’t.”

Barker would not keep quiet. He did reply to a few of the comments on his TikTok video. Fans also accused Barker of copying the BeetleJuice outfit from Huddy. To which he captioned, “I am in competition with nobody but myself. I planned this costume for months, Don’t really care who else is Beetlejuice fr.”

Hudson and D’Amelio dated on and off between January 2019 and the beginning of 2022. Their relationship was fraught with turmoil, and they split up in April 2020 when reports surfaced that the rapper had cheated on her.

They would subsequently have a public spat in July 2020, when Chase shared a since-deleted snapshot from his notes app (which was soon screenshotted and circulated by fans) that appeared to call out his buddies and other influencers for their alleged infidelities.

“Stop deflecting your actions onto others because you can’t take responsibility chase,” she stated on Twitter. “Want me to talk about how you treated me throughout our relationship, or do you just want to continue to play the victim?”

The two reunited in early 2022. However, it’s unknown what precisely happened between them. They are no longer following each other on Instagram as of June 2022.

Landon appeared on The D’Amelio Show and discussed the timeline of their relationship. “People are trying to say that we’ve been seeing each other since February,” Charli explained.

“Me and Chase were friends. Obviously, it’s all love to Chase. I have nothing against him, but it wasn’t like we loved each other like brothers, and I betrayed him. That’s not what happened,” Landon added.