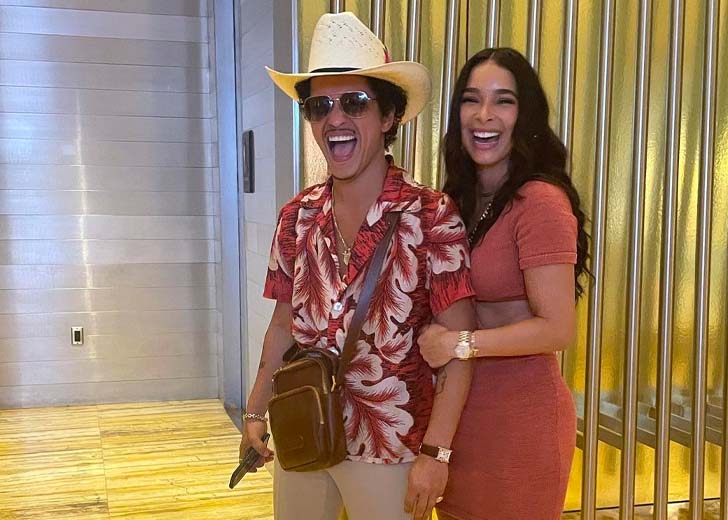 Find out if Bruno Mars has any plans on getting married to his girlfriend!

Bruno Mars and his longtime girlfriend, Jessica Caban, have reportedly taken a further step in their relationship as the two are said to be engaged.

This report comes from Deuxmoi, whose inside information often turns out to be true. As for the main news, Deuxmoi recently conducted a Q&A on Instagram where one user asked, “Bruno Mars engaged? GF flashing a rock on THAT finger….”

To that question, Deuxmoi posted a screenshot of an anonymous tip they received from a close source to Mars’ girlfriend. The source first mentioned that Mars and Caban had been engaged for a while.

“A girl from my high school is bffs with Jessica, and she’s always on her stories and always has her engagement ring on,” the tipster added.

That said, this engagement report has led fans of the singer to wonder when he will officially announce his engagement to Caban. Not only that, some are even curious to learn if the seemingly engaged couple would share the wedding vows anytime soon.

However, it may be disappointing for those fans to know that Mars prefers to keep his personal life private. And he has kept his relationship with Caban so private that he hasn’t posted any pictures with her on his Instagram handle.

So, even if the engagement report turns out to be true, it might take some time before Mars or Caban announce it. And as for getting married, there are no updates about it from either side as of this writing. So, Mars’ fans might have to wait to hear the good news.

As mentioned earlier, Caban is Mars’ longtime girlfriend [and now possible fiancee]. In his 2016 interview with Rolling Stone, Mars revealed for the first time that he started dating Caban in 2010 and that they were living together in a mansion worth around $6.5 million [in 2016].

During the same interview, the Grammy winner was asked if he would propose to his partner. Mars replied, “She’s my best friend. My rock. What’s wrong with that? We’re just happy.” “Until she reads this,” he joked at the end.

As for when they made their relationship social media official, Caban had only taken that path, starting with a tweet on October 7, 2012, when she posted a sweet selfie alongside her boyfriend.

Over two years later, on November 15, 2014, the swimwear entrepreneur made her relationship with Mars Instagram official by sharing a cute picture of them. “Always making each other laugh,” she captioned her post.

And while Mars hasn’t flaunted a picture with his model girlfriend on social media, he makes it up to her during his acceptance speeches at award shows, mainly the Grammy Awards, where the duo often make public appearances.

For instance, when Mars won the Best Pop Vocal Album award in 2014, he said, “Jessica, I love you” onstage. Years later, when he won the Record of the Year award in 2018, he went onstage and gushed about his life partner.

He said, “My lady, Jessica, I love you, baby. Thank you for being my rock and being on my side throughout this whole process.”

As years passed, Mars and Caban’s relationship continued to strengthen. And the family of two almost got expanded in 2017 when it was rumored that Caban was pregnant with Mars’ first baby.

The pregnancy rumors began spreading after some onlookers noticed that Caban had used a pregnant woman emoji in one of her Instagram stories. And the speculations spread even more after some thought Caban’s baby bump was out in one of her photos.

However, as it turns out, the pregnancy speculations were false, and Mars and Caban weren’t expecting their first child. And the fact that the couple is yet to welcome any children hasn’t changed to date.

Kat Stickler Is Pregnant? TikTok Star Did a ‘PREGNANCY Q&A’ on YouTube