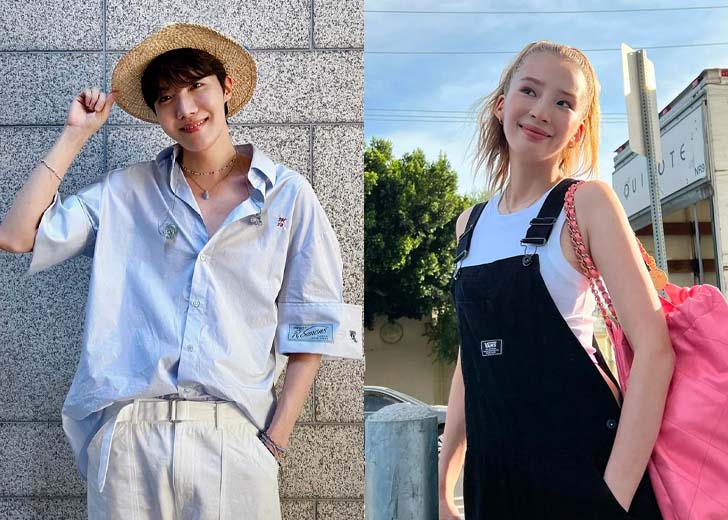 BTS’ J-Hope and Irene Kim are rumored to be dating after spotting together at the Lollapalooza festival.

One of the famous boy bands that have stolen the hearts of many people, especially teenage girls, might break the hearts of their fangirls, as the rumors of J-Hope dating Irene Kim are spreading like a fire.

The chemistry between the singer and the model has become a hot subject among Korean as well as international fans, and ARMYs are serious about this matter.

J-Hope took the internet by storm by making his debut at the 2022 Lollapalooza festival. He is the first Korean artist to perform at the Chicago-based music festival.

Fans have noticed Kim at solo events of the BTS star, J-Hope, cheering for him alongside other members of the BTS.

BTS’ J-Hope and model Kim’s dating rumors first started when a user named Nate Pann posted, “Seriously what is happening with J-Hope and Irene?” on August 5.

The netizen also pointed out how their encounters with each other are often in the past few weeks.

As per Sportskeeda, at the Lollapalooza festival, the model Kim was spotted alongside Jimin, cheering for J-Hope that took place in Chicago. Further, she also went to Kaws with J-Hope and another acquaintance.

J-Hope shared some of the pictures with Kim and the same acquaintance on his personal Instagram, immediately attracting the attention of his fans.

Fans have gathered several proofs that indicate rapper J-Hope and Kim might be dating each other. In the post by Nate Pann, another netizen disclosed several pictures showing the similar items the two of them use, like a teapot, black crocs, and even phone cases.

French chef Pierre Sang posted photos of him with J-Hope and Rose in June 2022, and in the Nate Pann post, Pann pointed out how both of them were wearing the same nail polish. However, according to allkpop, as soon as the rumors surfaced, fans and admirers gathered in the popular online community to shut down the rumors.

They explained that various idols attended the chef’s event and the nail polish was just a mere coincidence. One of the netizens commented, “J-Hope did his nails like that because of the music video filming and the chef opened his restaurant on this day so a lot of celebrities visited.”

Another fan said, “Rose went there with her sister,” further supported by another fan, “This rumor is ridiculous, they just removed the other celebrity photos, but there were so many people visiting the restaurant. Not just those two.”

So, the dating rumors between J-Hope and Kim might be just a fluke and speculations as the stars have not made it official by themselves. Also, Big Hit Music has not made any statement regarding this issue.

Nonetheless, some fans are happy with J-Hope’s relationship with Kim, whether it’s romantic or not.