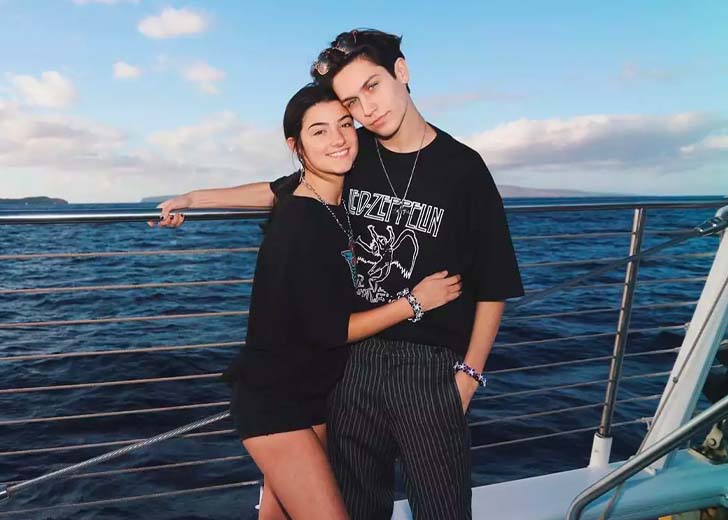 Chase Hudson and Landon Barker also unfollowed each other on Instagram.

Chase Hudson, a.k.a. Lil Huddy, may have slammed ex-girlfriend Charli D’Amelio in an Instagram post a day after it was revealed she was seeing his pal, Landon Barker.

Learn more about their relationship and Hudson’s new track, supposedly a diss at D’Amelio.

Chase Hudson is releasing a diss track on Charlie D’Amelio

On July 24, fans believe Hudson called out D’Amalio in a new song he teased on TikTok and would release on July 29. In the video, he sings, “You’re a showstopper, a bad liar, homie hopper, drama starter.”

Given D’Amelio’s current connection with Hudson’s former pal, many fans assumed the word “homie hopper” was a diss at her.

Keemster also confirmed on Twitter that Huddy is dropping a diss track on D’Amalio.

“Lil Huddy is dropping a diss track on Charli D’Amelio very soon we got the inside scoop, uploading a #DramaAlert to Snapchat in like one hour!” he tweeted.

He even disclosed that D’Amelio “unfollowed Lil Huddy,” writing, “It’s going down #DramaAlert.”

On June 27, 2022, People confirmed that D’Amelio and Barker are “in the early stages of dating.”

The publication added, “They’re having fun getting to know one other.”

The new pair, 18, sparked relationship rumors after being pictured together exiting Barker’s concert in June. Later that month, the two TikTok stars uploaded Instagram stories of new tattoos they acquired from the same Los Angeles-based artist.

On June 27, the couple was also seen holding hands in New York City.

Hudson and Barker had known each other for a time, even co-starring in Machine Gun Kelly’s ‘Downfalls High.’

Hudson also attended Travis and Kourtney Kardashian’s wedding in Italy in May 2022. But since D’Amelio and Barker have started dating, Hudson and Barker have unfollowed each other on Instagram as of June 28, 2022.

Hudson and D’Amelio dated on and off between January 2019 and the beginning of 2022. Their relationship was fraught with ups and downs, and they split up on April 13, 2020, when reports surfaced that Hudson had cheated on D’Amelio.

They both took to their Instagram to announce their breakup. “It hurts me to say this, but we’ve decided that this is what’s best for both of us,” explained D’Amelio.

They subsequently had a public fallout in July 2020, when Hudson shared a since-deleted snapshot from his notes app, which was soon screenshotted and circulated by fans that appeared to call out his buddies and other influencers for their alleged infidelities.

“Stop deflecting your actions onto others because you can’t take responsibility chase. Want me to talk about how you treated me throughout our relationship, or do you just want to continue to play the victim?” D’Amelio called him out.

The two reunited in early 2022, only to break up sometime later. However, it’s unknown what precisely happened between them. As of June 28, 2022, Hudson no longer follows the TikTok star on Instagram.