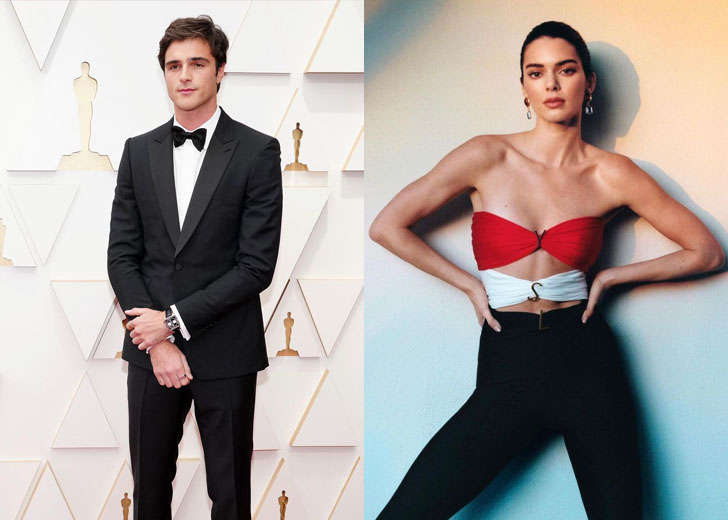 Was it just a baseless rumor? Find out!

Almost two months ago, Jacob Elordi and Kendall Jenner became a hot topic all over the internet after sparking romance rumors.

On March 1, 2022, Pop Crave released two pictures of the rumored couple as they hung out together alongside their friends in Paris, France. Some of their friends include Dominic Fike, Younes Bendjima, and Luka Sabbat.

Additionally, there was a clip in which the Euphoria star was seen clicking multiple pictures of Jenner with his vintage model camera — and the American model was posing with big smiles on her face.

As per reports, this get-together was organized after the Milan Fashion Week — it took place from February 22 to February 28, 2022. Similarly, the party was publicized by Mustafa The Poet, who had shared the clip via Snapchat.

After the images and clips were shared online, fans of both the stars immediately started to create a buzz – that’s how the dating rumors originated. One fan even went on to write, “also I feel like Kendall Jenner and Jacob Elordi sitting next to each caused some kind of attractiveness black hole to combust.”

Some of the fans didn’t even seem bothered by all the speculations and seemed happy if the rumors turned out to be true.

The clip that Mustafa The Poet had shared on Snapchat was screen recorded by someone and later posted by a verified Instagram handle with the username @chicksintheoffice.

Several fans of Elordi and Jenner had shared their opinions about the two star’s potential romance. One wrote, “I wonder if Kenny and Jacob looked at each other and thought wow I’ve finally met someone as hot as me.”

Furthermore, one user wrote on Twitter, “they would look cute together honestly.”

Despite all the buzz, the rumors of Elordi and Jenner being a couple isn’t true.

Jacob Elordi and Kendall Jenner at the party in Paris (Photo: Instagram)

In fact, Jenner has been in a long-term relationship with her boyfriend Devin Booker, an NBA star, since June 2018. In February 2021, the duo later made their togetherness official on Instagram.

As of this writing, there have been no speculations about Jenner and her boyfriend parting ways. Besides, in February 2022, the two were enjoying their time at SoFi Stadium in California.

Jenner and Booker were there to watch the Super Bowl LVI between Los Angeles Rams and Cincinnati Bengals – The Rams won by 23–20. Additionally, they went on a double date with renowned singer Justin Bieber and his wife, Hailey Bieber.

On the other hand, Elordi was recently linked to another social media star Olivia Jade Giannulli. They sparked romance talks in December 2021 after being seen together several times.

E! Online had reported that The Kissing Booth actor and the YouTuber were “flirting and smiling” as they grabbed a coffee in Los Angeles. Similarly, one source even told People that they were “casually dating.” However, these speculations were never true.