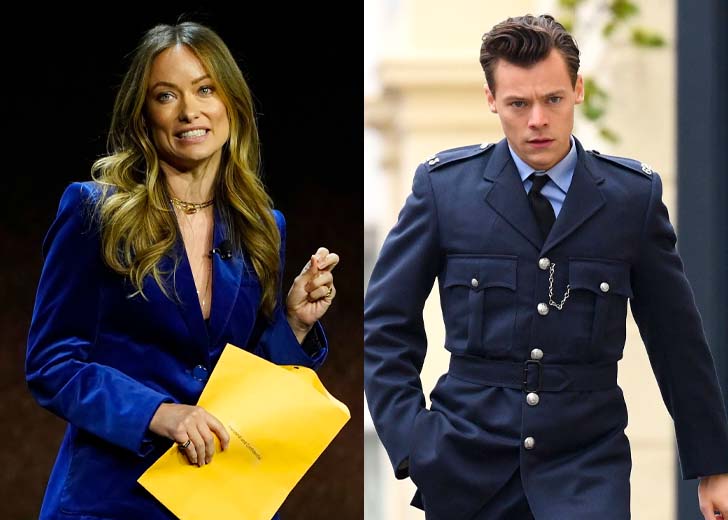 Hate against Oliva Wilde is wild!

Harry Styles is arguably the most famous man on earth at the moment, with millions of fans and followers. His stans follow every aspect of his life religiously, including his relationship with his girlfriend, Olivia Wilde.

The pair have been together since 2020 and exclusive since January 2021. However, they have kept their relationship out of the spotlight.

Unfortunately, that has not stopped the hate train against Wilde. She has faced massive backlash since she started dating Styles, some of which are unwarranted hate.

Styles has often hinted at this hate and called out trolls in interviews. He recently talked about this in an interview with Rolling Stones, saying he does not feel good about the animosity against his girlfriend.

Wilde has been the receiver of hate since it was confirmed that she was dating the former One Direction member. Moreover, her past had been dug up by netizens as well.

Wilde was forced to block comments on her Instagram profile after being inundated with hostile remarks. She was told she should be ashamed of herself for taking Styles and that their relationship was embarrassing.

Some of the singer’s most outspoken supporters have accused her of being a horrible mother who abandoned her children, who she shares with her ex Jason Sudeikis, in favor of a new partner.

Much of this can be found on Tumblr under the tag #fauxlivia, along with charges that Wilde is fake, a clout chaser, and a sponge.

To make matters worse, nudes were routinely uploaded, along with body and slut-shaming comments. An intimate video of a lady who looked to be Wilde went popular on social media and was shared by Styles fans.

Similarly, she has been accused of grooming him due to their 10-year age difference. Many threads have been created that provide meticulously detailed “proof” of Wilde’s numerous transgressions, ranging from old shady tweets to blackface for appearing quite tanned in a photograph.

According to Aarindurham, she allegedly attracts offenders since she has worked with or been photographed with Kevin Spacey and Brett Ratner. A viral tweet even said that Wilde gives the same feelings as Amber Heard.

The hashtag #timesupolivia has been used to disseminate the most insidious forms of hatred, such as equating Wilde with a sexual predator and portraying Styles as her victim.

When discussing queerbaiting and his girlfriend, Styles told Rolling Stones how he does not feel good about the situation. He said, “That obviously doesn’t make me feel good.”

Despite not being an online person, the ‘Watermelon Sugar’ singer is aware of the hate his partner faces on a daily basis on social media platforms like TikTok and Twitter.

He admitted that he tries to see the good in his fans, most of whom fall under that category. Unfortunately, there is a chunk of them who run on hate and anonymity, and those are the ones who spread hate.

Harry Styles talked about the hate against his girlfriend, Olivia Wilde, in an interview with Rolling Stone. (Source: Twitter)

In the same conversation with Rolling Stone, Wilde shared her experience with the backlash she faces daily. She was asked how she felt about the experience with her partner’s fanbase.

In reply, the Don’t Worry Darling director was diplomatic with the issue. She said most are “deeply loving people” who spread kindness.

They are the ones who accept her and enjoy seeing her with their idol. She noted that the negativity spread by the other half is “kind of toxic negativity is the antithesis of Harry and everything he puts out there.”

She added how those people do not reflect and define his fanbase since “most of them are true champions of kindness.”