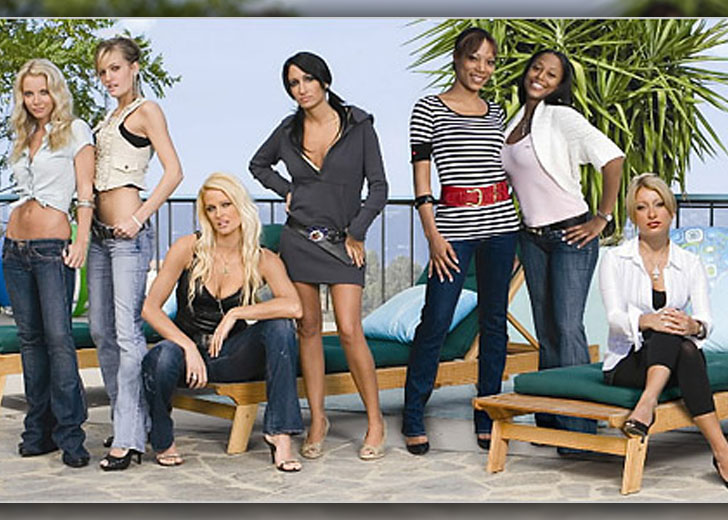 Reality television show Bad Girls Club aired back on December 5, 2006, and managed to garner a healthy audience viewership. The show, abbreviated as BGC, was created by Jonathan Murray and originally aired on the Oxygen network.

The show featured seven different women [each season] who are unknown to each other and focuses on the altercations and physical confrontations of the unruly, quarrelsome, and aggressive women.

Those said women would live together in a mansion for three months altogether, and the crew would film them. Additionally, there will be certain rules that the women have to follow, and if they are caught breaking them, they would have to leave the show – unless the producers say otherwise.

Spending those three months in a confined place with seven unknown women could be tough, and tensions might rise on several occasions – which has happened in the history of Bad Girls Club’s 17 seasons.

In the meanwhile, have a look at the cast of the first season of Bad Girls Club and know where they are now.

The cast of ‘Bad Girls Club’ season one

Bad Girls Club: Where are they now?

Not counting the three women that were added later – with no disrespect, of course – here is a detailed look at the four originally casted “bad girls” and where they are now.

Landi was 24 years of age at the time of the filming of Bad Girls Club season one. It was mentioned that she was from South Philadelphia, Pennsylvania.

During her time in the show, she got in several fights repeatedly, which she has credited to her father, who encouraged her to stand up for herself. She had mentioned that she doesn’t take attitude from others and pulls no punches while dealing with anyone.

After her time in the Oxygen show, she even returned to the 2007 television show titled Bad Girls Road Trip. However, following that appearance, she has made herself scarce and has been living a low-key life.

As for what she is doing now, it’s reported that Landi currently works as a roadie for some renowned musicians. Her Instagram bio also seems to corroborate this report. But, no other details besides this are known about her as her Instagram handle is private.

Sprankle was 22 and lived in Cicero, New York, at the time of filming. She was one of the few bad girls that had made it to the end of the whole season.

Due to her popularity, she was asked to return to the follow-up show Bad Girls Road Trip, which she agreed to. However, like Landi, she has not left any detail on what she has been upto after her stint on TV ended.

It seems like she has been keeping herself away from the entertainment industry and focusing more on her normal life. Currently, she doesn’t have any social media handles, and the existing ones are either deleted or made private.

Nonetheless, back in 2015, it was reported that she was in a relationship with her long-time boyfriend and was a mother to two children. But, after some time, she had deleted all the pictures of her partner from her Facebook account.

It led some people to speculate that the couple had broken up. Still, nothing could be said about that as nothing has been confirmed, and her personal life still remains a mystery thanks to her privacy. For now, it seems she is relishing life with her kids, pets, friends, and family.

At the time of filming, Harvick was 31-year-old and resided in Nashville, Tennessee – she reportedly lives there to this date.

Like her fellow original cast members, Harvick gained quite the popularity for her stint in Bad Girls Club season one and even came back for the show Bad Girls Road Trip.

As for her present situation, she has been happily married to her long-time boyfriend, David Kersh. The couple shared the wedding vows in a lovely ceremony held in Comanche, Texas.

They are parents to two children from their marriage – an older daughter named Sienna and a younger son named Blade (b. October 31, 2014). Since the birth of their kids, the married couple’s bond has further strengthened, and they happily reside and work together.

Talking about the work they do together, it has been reported that the husband and wife duo have entered the house flipping and house renovation business. In addition, they often share lovely moments with their kids via their social media handles.

Before Harvick’s marriage with Kersh, she was married to Daryle Singletary. However, they decided to split after some time and eventually divorced.

As per the Bad Girls Club fandom website, Howell was 29 years of age and resided in Baltimore, Maryland, at the time of filming. The outlet further reported that she was a Playboy Bunny with a brain.

She used to serve as a conservative office worker in the day, and upon the night, she used to turn into a sexy social butterfly who often engaged in fights with girls in bars. It’s further reported that she was a rebel from a religious background who loves to “have fun and is aware of her outrageous, sometimes vindictive, behavior.”

Like most of her castmates did, she appeared on Bad Girls Road Trip after appearing on Bad Girls Club. During her time in Bad Girls Club, she had lots of arguments and had even left the mansion after a feud with Kerry Harvick.

Following her stint in the reality TV show, she decided not to return to the entertainment industry and live a life away from the limelight. It’s currently unknown what she does as a profession.

Coming into her personal life, it was reported in 2015 that she was dating a man named Brian. However, due to her secrecy over her life, it couldn’t be said if she and her partner are still together. But, she reportedly has a daughter named Viviana Annette.

Posted on December 8, 2021December 2, 2022
Credit: Ali M. Aksu The entertainment industry in Hollywood, CA, is known to a mostly male and white community, but diversification with new, young,...
Read More