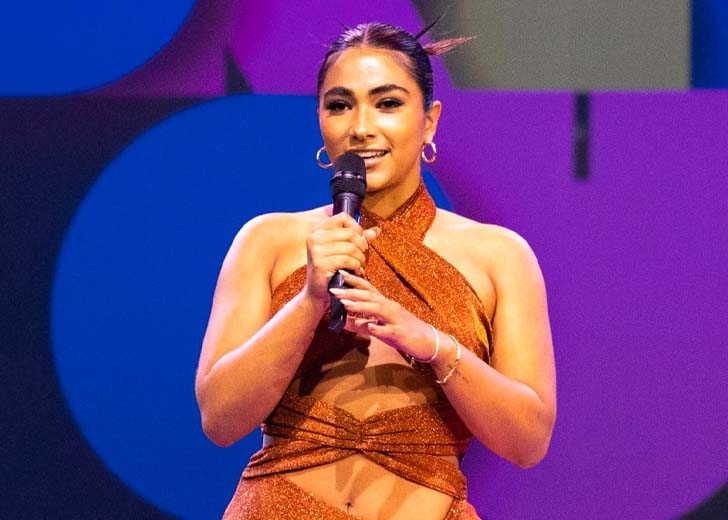 Sienna Mae Gomez has millions of followers across her social media handles.

Sienna Mae Gomez is an American dancer and TikTok celebrity who rose to notoriety for her body-positive dance videos. She has two TikTok accounts and 21.7 million followers.

Celebrities have appreciated her work, including American singer Lizzo, who applauded one of her videos with the phrase “Body positivity has invaded the discussion.”

Learn everything there is to know about the social media celebrity, from her age to net worth.

Both of Sienna Mae Gomez’s parents are active on TikTok

Gomez was born on January 16, 2004, in Laguna Niguel, California. She is eighteen years old as of 2022, making her a Capricorn.

Gomez was born to her father, Ramon M Gomez, and her mother, Dina Gomez. Her father Ramon is a businessman, whereas her mother Dina is a housewife.

According to PopBuzz, Gomez disclosed that her father is of Mexican origin, and her mother is of Russian descent. So she has a mixed ethnic background. Her parents can also be found on TikTok as siennamaesmom and siennamaesdad.

The TikTok star has two siblings: her brother, Jacub Gomez, is a photographer, and her sister, Micaela Drew Gomez, is a yoga instructor.

Gomez joined TikTok in August 2020 and quickly got famous after sharing a video of herself dancing on her spicylatina account, which she later changed to siennamae. She’s also become renowned as Squirrel Dance’s CEO.

Her bond with schoolmate Jack Wright propelled her to new heights on the app, where she had over 14 million followers in a year.

She is also active on Instagram, where she goes by the handle siennamaegomez and has over 2.5 million followers. On the other hand, Gomez’s YouTube channel has over 402k subscribers.

Sienna Mae Gomez was caught in a controversy in 2021

In the year 2021, Gomez was accused of sexual assault. Mason Rizzo, another TikTok superstar and close friend of Wright, initiated the debate by posting a screenshot of a message accusing the social media star of sexually abusing Wright on many occasions.

The young TikToker responded to the charges on her Instagram and YouTube accounts. Wright is yet to provide an official statement about the matter.

Sienna Mae, with other TikTok stars, has got a Netflix deal

TikTok has named Gomez one of the 12 Latinx Trailblazers for 2020. Netflix announced in April 2021 that she and other TikTok influencers would be appearing in the reality series Hype House. She also belongs to the TikTok group Hype House.

As per TheFamousPeople, Gomez is the founder and owner of Confident is Cute apparel line.

She has generated multiple sources of income. Right now, little is known about Gomez’s net worth. She has about 15 million TikTok followers, but she is still in her early stages as a social media star.

According to the Influencer Marketing Hub, the influencer might be making between $24,000 and $35,000 for every sponsored post.