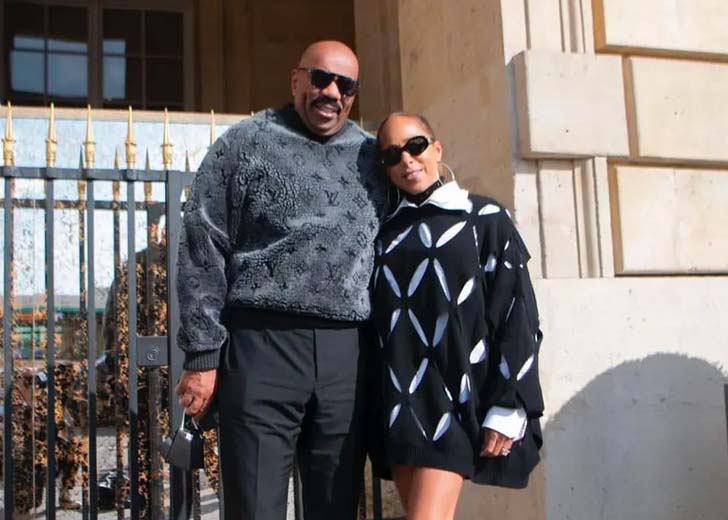 Marjorie Bridges-Wood is an American socialite, style icon, and online personality, who is best known as the wife of famed television show Steve Harvey.

Because of that, many people thought she was nothing more than Harvey’s wife — but she is definitely more than just a celebrity wife. Here’s everything you need to know about Bridges-Woods.

Marjorie Bridges-Woods is of mixed race

Bridges-Woods is a native of the United States of America. She is of multiracial (African-American) ethnicity.

She is a fashion designer and blogger who also serves as the president of The Steve and Marjorie Harvey Foundation, a non-profit organization for young people.

In addition, she is best known as the proprietor of the fashion and lifestyle website The Lady Loves Couture, which she founded in 2014.

According to TheFamousPeople, Harvey’s bodyguard is said to have intimated that she would be an ideal spouse for the television star.

During a commercial break on Harvey’s talk show in 2018, Bridges-Woods and Harvey disclosed to the studio audience that their romance began during his comedy shows in Memphis.

“I was late and I thought he was gonna give me the business because he got real quiet. He was just staring at me…I thought I was gonna become part of the show,” she said.

“He finally realized he’s gotta say something, he was like, ‘Oh, I’m sorry. I don’t know who this is, but I’m gonna marry her.'”

Harvey revealed on his show in 2014 how he proposed to his wife. The actor took his spouse to Cabo, Mexico, for a vacation before surprising her with a diamond ring hidden in her dessert on the first night of their trip.

In June 2022, the Family Feud presenter celebrated 15 years of marriage with his wife — and even wrote a love letter in her honor on the occasion.

The couple does not have any kids together. But Harvey and Bridges-Woods are the proud parents of seven children, including four kids from Harvey’s previous marriages and the three children Bridges-Woods had when they met, all of whom Steve eventually adopted.

His first wife, Marcia, has twin daughters, Brandi Harvey and Karli Harvey, as well as a son Broderick Harvey J; with his second wife, Shackelford, he has a son, Wynton Harvey.

Lori, Jason, and Morgan are Bridges-Woods’ three children from her former marriage.

They are also the grandparents of seven grandchildren.

Marjorie Bridges-Woods and Steve Harvey were both married twice before

Jim Townsend was Bridges-Woods’ first husband who received a life sentence for attempting to purchase 40 kilos of cocaine, but he was pardoned in 2017 after serving 26 years. She ended their relationship and divorced him five years into his incarceration.

Darnell Woods is the father of Marjorie’s three children and her second husband, whose last name she shared for a long time.

Darnell, who was also allegedly a drug dealer, is still unknown. Not much is known about the end of their relationship.

Who Is Bella Podaras' Boyfriend? Know Her Dating Life And Bio Details