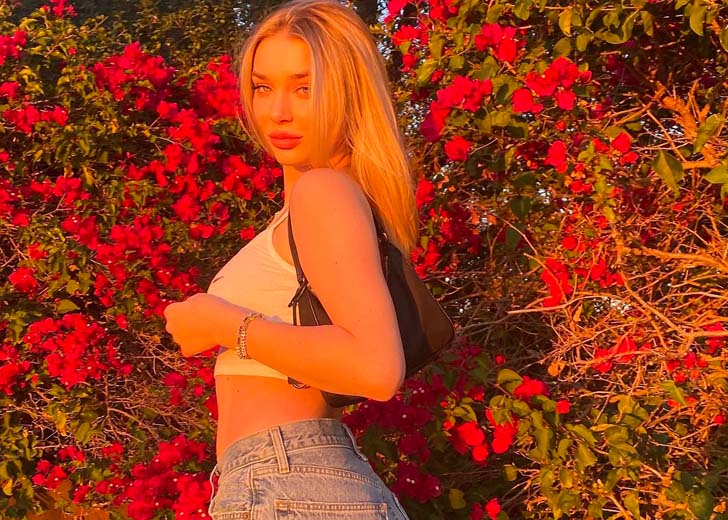 Here is everything you need to know about Jorja Bleu Michaels.

Jorja Bleu Michaels is making a name for herself in the entertainment industry even though her parents are famous personalities.

The actress and singer has been creating a huge impact in the entertainment industry from a young age. Day by day, she is growing, and so is her influence.

Here is everything we know about Jorja and her life.

How old is Jorja Bleu Michaels?

She weighed 6lbs 8oz at the time of birth and was born under the sign of Taurus, making it her sun sign.

She is an American citizen with mixed ethnic ancestors from Ireland, Germany, Switzerland, and England on her father’s side.

Jorja’s parents, Bret and Gibson, are no longer together. They met for the first time in 1994 and hit it off immediately.

The Michaels siblings posing for a picture with their mother, Kristi Gibson. (Source: Instagram)

In 2010, during the finale of the VH1 reality show Bret Michaels: Life as I Know It, Bret dropped down on one knee and proposed to Gibson.

“I got you the ring, not to be a friendship with benefits… we’ve had that for a while,” the singer said. “Please say yes, or the rejection would kill me right now.”

Gibson said yes, and the pair were engaged for two years. They called off their engagement after 18 years of dating and two years as engaged couples.

In July 2013, the singer’s reporter confirmed the breakup to Us Weekly, claiming that the couple would remain good friends and raise their children.

Jorja has an older sister named Raine. Raine was born on May 20, 2000, making her five years older than her sibling.

The Michaels siblings were raised in Calabasas, Los Angeles, where they lived with their parents. Raine graduated from high school in 2018 and went on to study music at Belmont University in Nashville, Tennessee.

Raine is a model and actress who has appeared in magazines such as Sports Illustrated. She started modeling directly after high school in 2018, and a year later, she was named one of the finalists in the 2019 Sports Illustrated Swimsuit search competition.

It is unknown if Jorja is dating anyone or if she has a boyfriend. She has not revealed anything about her love life and dating history.

Similarly, nothing on her social media reveals if she has a boyfriend.

Jorja has accomplished a great deal at such a young age. When she was 12 years old, she helped co-write one of her father’s masterpieces, Unbroken.

The song is about physical and mental power triumphing over tragedy or any other type of ill luck. According to Bret, it was Jorja’s idea for the father-daughter duo to collaborate when the singer was going through a difficult time in his life.

Jorja made her acting debut in Bret Michaels: Life as I Know It in 2010. The show focuses on her family’s daily lives, particularly her father.

It aired exclusively on VH1 from October 18 to December 20, 2010. There are only nine episodes in all.

Jorja appeared in the 2018 TV film Mistrust as a girl at a birthday party with Jane Seymour and Nia Peeples.

Jorja’s net worth has not been explicitly revealed. However, various tabloids have speculated how much it could be.

It is reported to be around $1 million. However, it is bound to grow in the future along with the projects Jorja takes.

Who Is Bella Podaras' Boyfriend? Know Her Dating Life And Bio Details