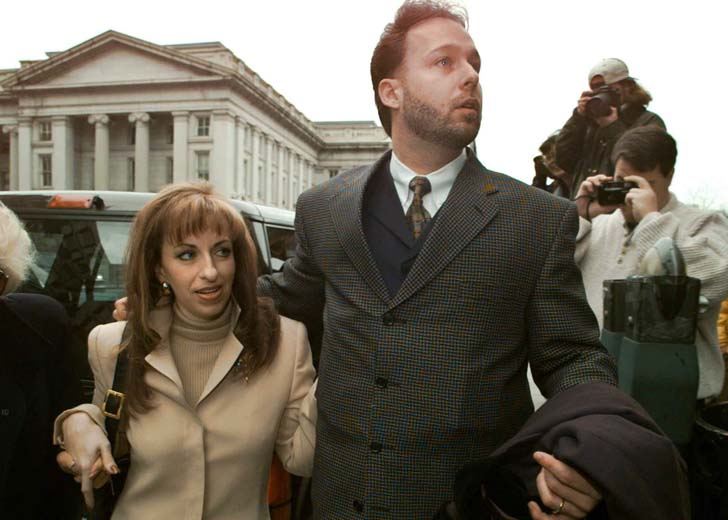 And they lived happily ever after!

Paula Jones made quite headlines in the 90s. Her personal life and career were all in shambles because of it.

From being involved in a lawsuit with the most powerful man in the USA at the time to getting a divorce from her first husband, Jones was going through a lot.

Now, she is living happily with her second spouse, Steven Mark McFadden. The pair have been together for over two decades and living their life peacefully after the 90s fiasco.

Before Jones and McFadden were dating, they were neighbors. The pair met each other at a housewarming party in 1998.

Back then, McFadden worked for a construction company. Soon after Jones’ first divorce, she got together with McFadden.

When talking about how they started dating, Jones said, “He’s shy, and I was kind of shy, too. And we’ve been dating ever since.”

They tied the knot in October 2001, which was reported by Deseret News. Jones married her second spouse inside the Villa Marre home in downtown Little Rock.

The couple has been married for over two decades and has a son together. McFadden is also a stepfather to two of Jones’ children she shared with her first husband.

Many U.S Presidents have skeletons hidden inside their closets.

Most have been involved in different scandals —  some massive and defaming, while some are minor and petty. The 42nd U.S. President, Bill Clinton, was one of the leaders who had a pretty bad career as the President of the USA.

Clinton was accused of sexual harassment by many women, especially his employees. Jones was one of them.

She claimed that the former President had harassed her when he was the Governor of Arkansas. She filed a lawsuit in 1994, but Clinton denied all the accusations.

Paula Jones was married to her first husband, Stephen, while she was fighting a case with President Bill Clinton. (Source: Twitter)

The lawsuit went on for four years and eventually ended with a settlement. Clinton said he would pay $850,000 for Jones to drop her case. Later, the judge decided that Jones would receive $200,000, and the remaining amount would pay her legal expenses.

But to date, Clinton denies the sexual assault and harassment allegations. During all these litigations, Jones was married to her first spouse, Stephen, with whom she shares two children.

It is reported that the lawsuit and trial took a toll on their marriage. The pair allegedly disagreed over the strategy adopted in Jones’ sexual harassment lawsuit.

As a result, the duo parted ways, ending their seven years of marriage. Initially, they claimed that they separated in February 1999 and had chances of reconciling.

But, Stephen filed for divorce from his spouse in June 1999. He cited the reason for their partition as irreconcilable differences.

He also asked for joint custody of their children for legal and physical custody. Soon after the divorce, Jones moved on with her second spouse, McFadden.

Jones v. Clinton case has been widely covered by the media. Recently, it was the basis of Ryan Murphy’s American Crime Story’s third installment, Impeachment.