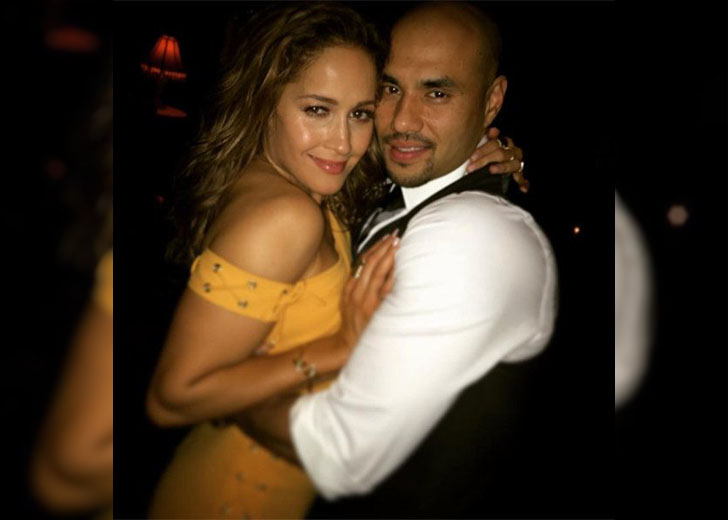 Bradley Marques is an American screenwriter who gained the limelight due to his marital relationship with the American actress Jaina Lee Ortiz. The now-separated duo was married for a long time before ending their relationship.

Who Is Bradley Marques?

As mentioned earlier, Marques is a writer who has worked as a staff writer in 21 episodes of the TV series The Gifted. Additionally, he has also helped the show as a story editor in 7 episodes and wrote 2 episodes.

Speaking more on his career in the entertainment industry, he has appeared as Trey in one episode of the TV series, Rosewood.

Outside of the entertainment industry, he is a long-time mixed martial artist and a fighter in full contact fighting. Marques, a graduate of the Art Institute of Houston, has used his computer animation degree in developing video games.

Hailing from the suburbs of the United States, Marques was born in 1977. He celebrates his birthday on the 6th of July every year. Recently, on July 6, 2021, he turned 44 years old. He marked the occasion by sharing a picture of him after his regular gym training.

His Relationship With Jaina Lee Ortiz

Marques and his now ex-wife first met each other in late 2009. They immediately fell in love and it marked the initiation of their romantic life.

Just two months after their relationship started, they decided to settle down. In January 2010, the two shared the wedding vows.

Jaina Lee Ortiz and her ex-husband’s marital relationship wasn’t meant to last forever. People first began to notice the absence of Marques in Ortiz’s life when she stopped sharing pictures of/alongside him on her Instagram handle.

Ortiz’s last Instagram post that mentioned her now ex-husband was back on November 24, 2017, when she shared a group selfie on the occasion of Thanksgiving.

Later, it was eventually confirmed that both of them have privately ended their relationship. Currently, it is not known when and why the former couple decided to end their marriage.

What Is Marques Doing Now?

Currently, there is no news of Ortiz’s ex-husband being involved in something. If we take a look at his Instagram handle, he seems to be relishing his time playing video games and animating/drawing anime characters.

Other than that, he can be seen going to the gym and doing workouts, riding motorbikes, and taking his pet dog to walk.

The only significant change in his life seems to be the involvement of a new lover. That’s right! Marques is currently in a relationship with Courtney Scheuerman, an American actress plus comedian.

Marques and Scheuerman began dating each other on February 28, 2020. Their love was first made public by the comedian on the occasion of their first dating anniversary. Ever since then, they have been enjoying their love life.

Both of them usually feature each other on their respective Instagram handles, mainly Marques. Recently, they celebrated each other’s birthday—Scheuerman’s birthday was on July 28.