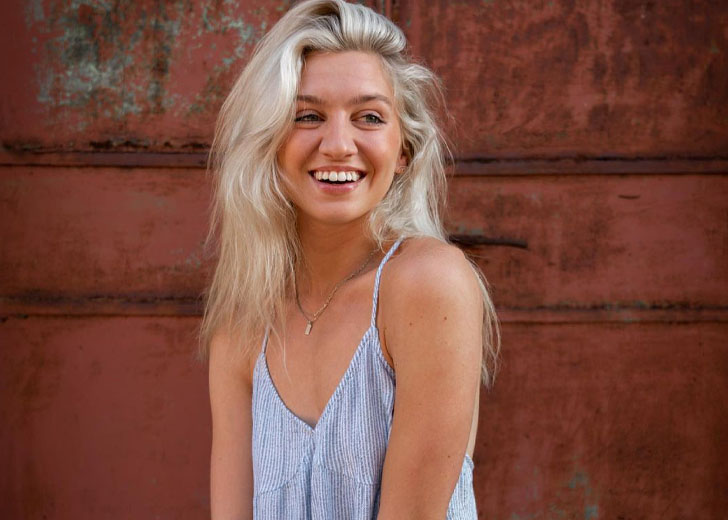 Anna Sitar is a famous internet celebrity who came into the limelight through the TikTok platform. On her TikTok handle, she garners a massive fan following of over 10.4 million.

Due to her increasing following, she also started as a YouTuber. In her self-titled YouTube channel, she uploads different types of content such as vlogs, vacations diaries, Q&As, and more.

She currently has gained over 119 thousand subscribers with collective views of more than 1.1 million on her channel.

Sitar Is 24 Years of Age

Hailing from the suburbs of Pennsylvania, United States, Sitar was born in 1997. She celebrates her birthday on March 30 every year. As per her date of birth, her zodiac sign is Aries.

This year, on March 30, she celebrated her 24th birthday. On that day, she took to her Instagram handle to thank her well-wishers for their kind birthday wishes.

She posted a series of pictures of herself, on a beach, from her recent vacation and added a short caption, “I feel kinda free…thank you for the love today. I can’t believe it’s already been another lap around the sun.”

Info on Her Parents and Siblings

Her father’s name is Mike Sitar Sr., and her mother’s name is Edyta Sitar. Both of her parents have a profession of their own — her father is a vehicle manufacturer, while her mother is the owner of Laundry Basket Quilts.

Anna seems to have a close with her parents and can be seen wishing them on the occasion of Father’s Day and Mother’s Day, respectively.

Apart from her parents, the YouTuber also has two siblings: an older sister named Delfina Sitar and a younger brother named Mike Sitar Jr. Her brother is a graduate of California Polytechnic State University and helps their father in their shop.

Is Anna Sitar Dating a Boyfriend?

The 24-year-old TikTok star is allegedly dating a man, as evident from her Instagram post of August 30, 2021.

In that post, she was seemingly having morning breakfast with a man. Currently, the details of the man are not disclosed. In that picture, too, only the hand of the man was seen, and it seemed they were on a date. “morning brew,” was added as the post’s caption.

Sitar and Hawkins first met each other during their high school days, when she was just 17 years old, in 2014. They seemingly fell in love and started dating.

Their love story continued as they completed high school. Later, they stayed in a long-distance relationship as Sitar moved to Los Angeles for her education and Hawkins moved to Florida for work.

Their long-distance relationship worked very well at first as they would meet each other whenever possible. When they met, they traveled, enjoyed every bit of moment, and even made TikTok and YouTube videos.

Sadly, their togetherness wasn’t meant to last forever as they seemingly parted ways in early or mid-2021. The end of their relationship was noticed when Sitar discontinued mentioning Hawkins on her Instagram and TikTok.

Later, on August 15, 2021, Sitar shared an emotional TikTok video in which she seemingly mentioned her break up with the man she met at the age of 17 and thought she would marry with [referencing Hawkins].

Sitar is continuing to rise forward as her fan following across different social media handles is growing. In addition, she has been partnering with different brands and doing paid promotions, increasing her income.

She has also been earning a healthy sum from her YouTube channel. Additionally, her income has also risen from different sponsors and the sales of her merch.

With that noted, how much is her net worth? Currently, it is reported that Anna Sitar has an estimated net worth of around $700,000 – $1 million.