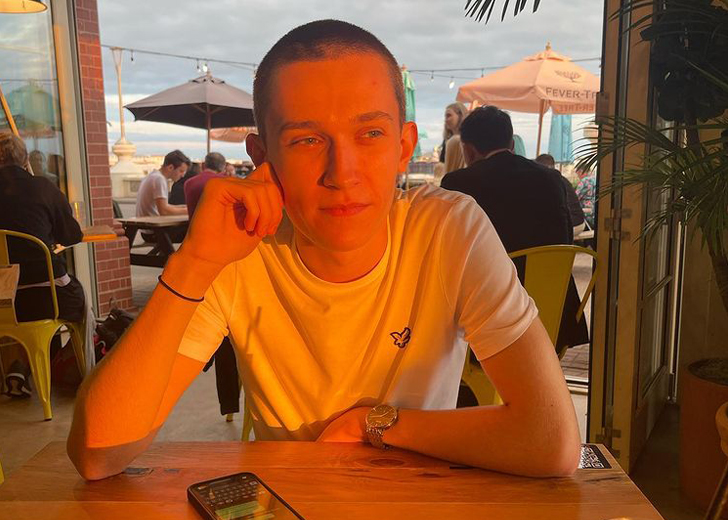 Jack Manifold, known online as JackManifoldTV, is a rising English YouTuber and Twitch streamer who came into the limelight after becoming a member of the Dream SMP, an invite-only survival multiplayer Minecraft server — created by famed YouTubers, Dream and GeorgeNotFound.

Here are five facts about Jack Manifold that you need to know!

1. How Old Is Jack Manifold?

The Minecraft gamer celebrates his birthday on the 14th of August every year. On this year’s August 14th, he celebrated his 19th birthday.

Born in the year 2002, Manifold hails from the suburbs of Mansfield, England. His zodiac sign is Leo. He resides in his birthplace with his parents and a younger brother named Josh (b. 2005), though, he is planning on moving.

Currently, there are not many details known about his parents. Additionally, the information on his education is also not disclosed.

2. How Tall Is Jack Manifold?

Manifold has been previously made fun of (as a friendly joke) by other YouTubers like Technoblade and Antfrost, as they joked that he has a short height.

However, that’s not true at all and all of them are just friendly jokes only. To be precise, the English streamer stands at a height of 5 feet 9 inches or 1.75 meters, which he has mentioned multiple times on Twitter.

3. Does Jack Manifold Have Cancer?

The question of Manifold having cancer has been asked multiple times. Besides, it is one of the most searched queries related to the YouTuber.

The speculations of him having cancer began after people noticed that Manifold has shaved his head. People thought that he has cancer and is doing chemotherapy, which is why he shaved his head clean.

In addition, whenever the question “Does Jack Manifold Have Cancer?” or “Jack Manifold with hair system” is searched on google, it shows that he has a question. However, all of it is wrong. As to why google showed the wrong answer, it is because an American man of the same name had cancer.

Manifold himself addressed this topic during one of his Minecraft streams on Twitch. He said the same thing, as mentioned above, and denied that he has cancer.

He joined Twitter in May 2016 under the username @JackManifoldTV, where he currently has over 1.5 million followers, among which one is the renowned WWE superstar and actor, John Cena.

5. Jack Manifold’s Merch and Net Worth

Just like every other YouTuber, Manifold, age 19, has also a line of merchandise through which he earns additional income. His other sources of income are his YouTube and Twitch channel plus the brand endorsements he does.

Considering all of that, it must be sure that he has been earning a healthy income and has a good net worth too. Well, reports suggest that Jack Manifold has a net worth of around $400,000 – $600,000.