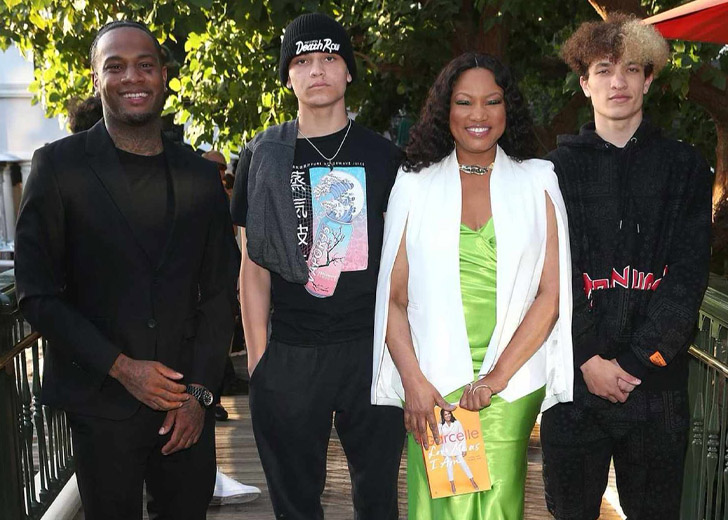 The dramas should only be limited to television!

Garcelle Beauvais might occasionally create dramas on The Real Housewives of Beverly Hills, but she is sure about one thing; her children must be kept away from those dramas.

This statement from the reality TV star came after RHOBH fans recently dragged her older and middle son amid Garcelle’s feud with her fellow cast members Erika Jayne, Lisa Rinna, and Diana Jenkins.

On August 23, 2022, Garcelle took to her Twitter handle to express her disappointment and ask trolls to leave her kids out of the dramas on the Bravo TV show. In the end, she even used the hashtag “#RHOBH.”

Her tweet read, “I’m usually a very strong woman I’ve been raised to be strong my life has taught me to be strong, but when it comes to my kids! It hurts it’s not OK I’ve been in tears all night it’s just a TV show people scream at your TV, throw something at your TV but leave our kids alone.”

Garcelle also posted the same thing via her Instagram handle, where other celebrities agreed with her and poured their support. “LEAVE THEM ALONE,” wrote Crystal Kung Minkoff, with Dorit Kemsley adding, “NOT OK!”

Moments later, Garcelle’s co-star Rinna also chimed in to show her support with a lengthy message shared via her Instagram story. “We are doing a TV show. We are trying to entertain you – why can’t you treat it like wrestling for gods sake love us – love to hate us,” she initially wrote.

Rinna then added, “But leave the kids alone! What I was just sent about @garcelle son is disgusting and unacceptable. … They didn’t sign up for this. What are doing?! The kids – all of our kids should be off limits, so stop it now. Enough is enough.”

Later that day, Garcelle’s middle child, Jax Joseph Nilon, took to his Instagram stories to share a clip of him scrolling through the comment section of his Instagram post of July 17, 2022. “I’m a [explicit] 14 year old leave me alone please,” he had written over the video.

As for what was seen in the video, it was comments left by trolls and RHOBH fans that called Garcelle illiterate and a “D-list actress” who runs after fame. Some also accused Garcelle of “using race for everything” and called Jax’s family “immigrants.”

Additionally, some trolls took the chance to attack Garcelle’s oldest son, Oliver Saunders, and his struggle with addiction, about which Garcelle has been quite open on the Bravo show.

One Instagram user had written, “Your mom calling Erika [an] alcoholic when your older brother was a drug addict. Pot calling the kettle black.”

“Why is your mom obsessed with Erika’s alcohol intake, shouldn’t she be worried about your brother Oliver[‘s] drug intake instead?” wrote another cyberbully.

After that, Jax posted a screenshot of a comment which crossed the limit. The comment read, “You’d have your neck kneeled on if it weren’t for your white daddy, [Michael Nilon]. Tell your mom to leave Diana alone or you’ll deal with us.”

To such a horrifying comment, Jax had only one thing to say, “Too far at this point.” Moreover, he had a more calming response in his latter Instagram stories.

He wrote, “Well, I’d like to start off by saying I am still a kid and wish not to be viewed as a fully matured adult because I am not one. It is currently my first week of high school, and instead of enjoying it like most kids at my school, I have to deal with being attacked on social media.”

As he continued, he mentioned that he neither signed up for RHOBH nor had anything to do with its drama. He then stressed that he only wanted to be a normal kid and that his Instagram handle wasn’t for publicity or the public’s gaze.

That said, Garcelle and her three children are doing well and handling the trolls calmly. Garcelle shares her oldest son, Oliver, with her ex-husband Daniel Saunders — Oliver was born on February 22, 1991. The former duo divorced in 2000.

Later, in 2001, Garcelle married CAA agent Michael Nilon and welcomed twin sons, Jax Joseph Nilon and Jaid Thomas Nilon, on October 18, 2007. Garcelle and Michael ended their marriage after the former found that her husband was having an affair.

Is Christian Lee Navarro Gay? Or Married? All about His Personal Life