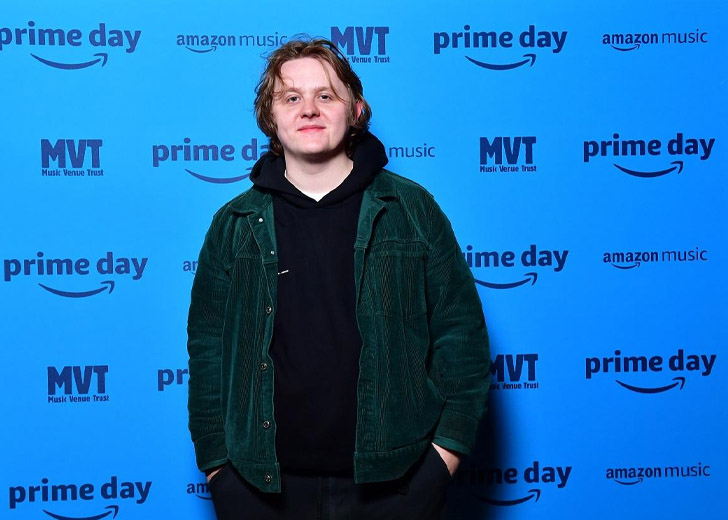 All about Lewis Capaldi’s dating life.

Lewis Capaldi has won the hearts of his fans with his soulful voice, heart-warming songs, and funny personality.

Since then, he has been a prominent figure in the entertainment industry. As a result, fans often wonder if he is dating anyone and has a girlfriend. Is there anyone who has won Capaldi over? Here is everything we know about it!

At the time of writing, Capaldi is single and has no girlfriend, and it seems like he is not dating anyone.

However, he might be keeping his relationship and love life private. So, unless Capaldi or his representatives comment on his dating life, it can be assumed that he does not have a girlfriend.

While he is not dating anyone, Capaldi knows what he wants in his future girlfriend. He talked about his ideal woman on Magic Radio Breakfast, per Mirror UK.

He said, “I would say good sense of humour, low standards, not too worried about the size of certain things, a small lady with small hands.” Unfortunately for Capaldi, it seems like it will take a while for him to find his ideal girlfriend.

This is because he recently got kicked out of Tinder, the popular dating app. While speaking to the Diary of a CEO podcast, he revealed that he was kicked off the app because people thought he was a fake.

Lewis Capaldi wants a girlfriend with a good sense of humor and low standards, among others. (Source: Instagram)

Similarly, he has also been kicked off other dating apps like Bumble and Hinge. He enjoyed using such apps because he enjoyed hanging out with new people and confessed he would be happy if he could meet the right person for him.

To date, the singer has had two public relationships. His first ex-girlfriend was Paige Turley, and the second was Catherine Halliday.

Capaldi dated his ex-girlfriend Turley from Love Island in 2015. The pair allegedly dated Capaldi while in college, according to The Sun.

The relationship allegedly ended when Turley cheated on him with his best friend. Many people believed ‘Someone You Loved,’ and his album Divinely Uninspired To A Hellish Extent were inspired by Turley.

However, at the 2020 BRIT Awards, Capaldi stated that ‘Someone You Loved’ was not about the reality TV star. Instead, the song was written in memory of his late grandmother.

In 2020, Capaldi started dating his second public girlfriend, Halliday. When a fan asked if he preferred being single or in a relationship, he revealed that he was in a romantic relationship.

He said, “I’m in a relationship, so if I said the other one, my girlfriend would kill me.” He added that he had not confessed about dating her yet and gushed about her, saying, “She’s got red hair, she’s got quite a posh voice. And that’s that, that’s all you’re getting.”

It was revealed in February 2020 that his girlfriend was Halliday. Since then, they were spotted going on dates a couple of times.

As for how the two met, a friend of Capaldi said, “They met a few months ago through mutual friends and were in Ibiza together at the same time, but have decided to keep things quiet for now and just see how things end up working out.”

But unfortunately, their relationship did not last long, and they parted ways seven months after dating each other.

A source told Daily Mail that the singer had “no hard feelings towards” his ex-girlfriend. They added, “they’re still amicable, but they decided it was best to call it a day. He’s at the beginning of his career, with a lot of opportunity at his ­fingertips, so it’s not the right time to settle down.”

Capaldi’s dating life was again in question more recently after he released his latest single ‘Forget Me’ in September 2022. As per the singer, he wrote the song after being “miserable” that one of his ex-girlfriends was doing better than him following their breakup.

“I was in a relationship with a lady, we had been in a relationship, and it had been about a year later since I wrote that song, so she seemed to be in a much happier position than I was, and I didn’t like that. In fact, I can say this; I hated it. I wanted her to be miserable, so I wrote this song about it,” he said, per Mirror UK.