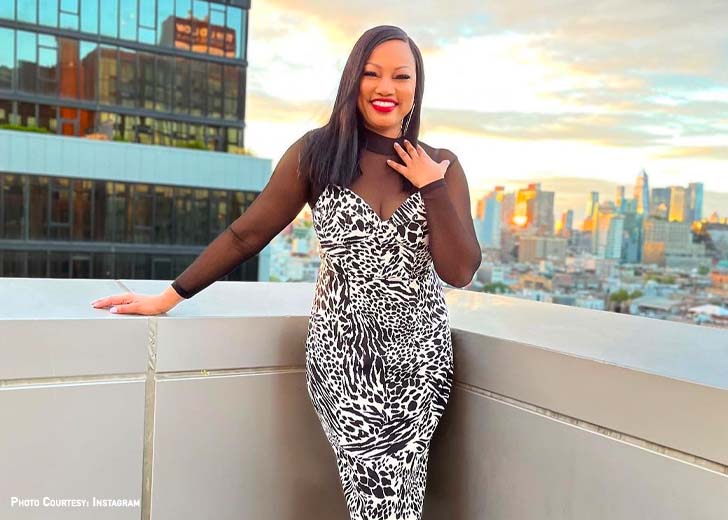 Garcelle Beauvais revealed that she had taken out her breast implants because she had them for a long time, which wasn’t healthy for her body.

Haitian-American actress and television personality Garcelle Beauvais is back on The Real Housewives of Beverly Hills for season 12, but not without fan consternation. This season’s promo photos baffled viewers, as she appeared radically different.

Fans of Beauvais noticed a difference in her right away, whether it was due to surgery, weight loss, or gain. Likewise, when the promo photos for RHOBH season 12 were released, the biggest distraction for fans was how different Beauvais looked. Since then, there has been speculation about weight loss and possible plastic surgery.

There were many worried reactions to Beauvais’s promo photo. The most common misconception among fans is that her face has been altered. One fan was “shocked” by the pictures, while another wondered if it was her neck and nose that had changed.

One social media user wrote, “I’m not sure what’s going on with Beauvais’s face here, but something is off. Is it because of the angle?” Another fan inquired if she used fillers, but a response claimed that her appearance was due to editing. Some people claimed that she did not look different in the picture, but the majority agreed she did.

Beauvais has not directly responded to the rumor. According to TV Shows Ace, she is one of three RHOBH stars, along with Sutton Stracke and Crystal Minkoff, who say they haven’t had cosmetic surgery.

In a YouTube video posted by Access, she stated that growing older is a privilege. The actress’s statement implies that she does not want plastic surgery to look younger and is content with her appearance.

Likewise, Beauvais also revealed that she had taken out her breast implants because she had them for a long time, which wasn’t healthy for her body.

Moreover, the actress stated that she has never had a nose job. It was revealed after she asked her co-stars if any of them had theirs done, to which they responded with shocked expressions and awkward silence.

Her co-stars, Dorit Kemsley and Kyle Richards admitted to having nose jobs. On the other hand, Beauvais has always radiated a glowing skin that her co-stars, including Kathy Hilton, have admired.

Beauvais joined the cast of RHOBH in season 10, shortly after veteran star Lisa Vanderpump left. She was the first black woman to appear in the series and still looks as young as she did when she first appeared.

However, after only three seasons, the actress noticed a significant shift in the dynamic. In an interview with Yahoo’s In the Know, Beauvais stated that while she tries to be genuine on the show, she eventually wants to display a more lighthearted side.

Garcelle Beauvais has kept her body in shape well into her fifties. (Source: Instagram)

Moreover, Beauvais has worked hard on herself since becoming a leading cast member of the show, such as by exercising in her gym. In 2021, she stated on Instagram that she is a work in progress and is ready for a hot girl summer.

The actress has glowed up and changed her hairstyles several times while on the show. The RHOBH star has tried it all, from a short, sleek bob at the virtual reunion to mid-length locks, and she has always looked stunning!