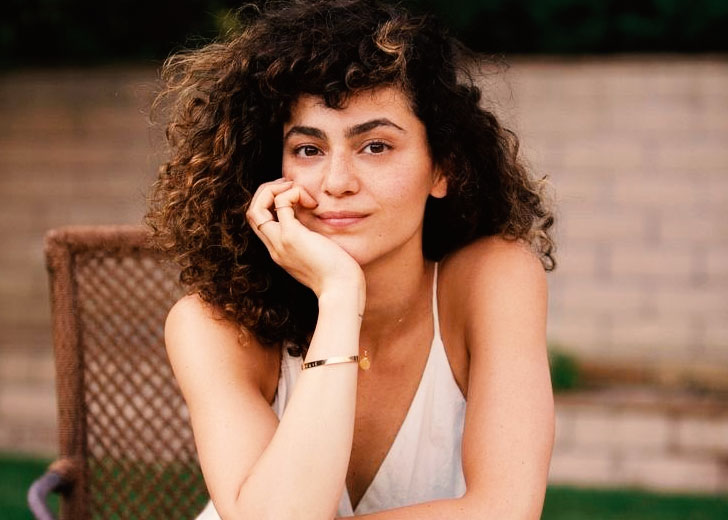 May Calamawy is a talented actress who gained fame for her roles in movies and TV shows such as Djinn, The Long Road Home, FBI, and 1 Out of 30. However, she gained the utmost limelight for her portrayal of Dena Hassan in the Hulu TV show Ramy.

She will soon be seen on the television screens when she appears in the Disney+ show, Moon Knight. In the show, she will portray the role of Layla. The show, set in the Marvel Cinematic Universe, will be released on March 30, 2022.

Read on as we discover everything we know about her, including her Wikipedia, age, family, height, social media, and more!

How old is May Calamawy?

As of this writing, the Calamawy is around 35 years of age. Born in 1986, the actress celebrates her birthday every year on October 28, as per her IMDb profile. Her birth name is May El Calamawy.

Calamawy was born and mostly raised in the suburbs of Bahrain. But, before she turned 12-year-old, she had spent six years of her life between Doha, Qatar, and Houston, Texas. She also lived in Dubai later in her life.

While she was in Bahrain, she completed high school. After that, she shifted to Boston, Massachusetts, as her father wanted her to study industrial design. However, halfway through the year, she enrolled at Emerson College to study acting.

After applying there, she told her parents, “If I get in, I’m going.” Fortunately, she was accepted to join Emerson College and now has a B.A. in theatre studies. Additionally, she studied at the New York City-based William Esper Studio.

May Calamawy was born to Egyptian-Palestinian parents

Calamawy is yet to share the name of her parents. But, besides that, she has pretty much disclosed several details about her parents.

May Calamawy during a photo shoot. (Source: Variety)

The actress was born to an Egyptian father who works as a banker and a Palestinian mother from Jordan. Apart from her parents, she has a brother whose name isn’t disclosed.

Calamawy’s parents didn’t raise her in the traditional Arab upbringing but were conservative about many things, such as how she dressed and what time she had to be home.

Additionally, though they weren’t always supportive of her acting dreams, they eventually gave their support. During her November 2020 interview with Harpers Bazaar Arabia, she talked about her father’s support and said:

“I’ll always be grateful for the faith and trust he’s [her father] had in my choices. It’s the biggest gift I could get from anyone. All I pray is that we all learn to be that support for our kids. As parents, you don’t realise how much it can really help a child find their potential – even if it doesn’t make sense to you.”

As for her mother, she is no longer alive. During her interview with Glamour Magazine, she said that her mother had “stage 4 lung cancer and was undergoing a very aggressive form of chemotherapy” in 2010.

May Calamawy during the premiere of ‘The Long Road Home’ (Photo: IMDb)

She mentioned that her mother was her best friend, therapist, and confidant, and she didn’t have the tools to cope with her deterioration. Despite all the treatment, her mother couldn’t be saved, and she died in the same year.

May Calamawy thought of marrying after her mother’s demise

Calamawy’s present relationship status remains unknown as she lives a private life. As a result, it’s not known if she is married to a husband or dating a boyfriend. She might also be single.

Although she might be single now, she did have the idea of settling down with a significant other after her mother’s death.

Starting the story from the start, Calamawy was primarily raised in the Middle East. Due to that, there was some sort of pressure of getting married and having a family on her, as she mentioned in her interview with Glamour Magazine.

May Calamawy in the Hulu show ‘Ramy’ (Photo: Mille World)

Later, in her interview with Harpers Bazaar Arabia, she stated that when she was 27 and about to leave Dubai to study acting, her father and brother were worried about her. They said to her, “Why? You’re at an age when all your friends are getting married….”

Calamawy then recalled that following her mother’s demise, she did try to settle down. She said, “After my mum passed away, I tried to do the ‘right’ thing, find the ‘right’ man and start a family… but I just felt dead inside. I didn’t feel like myself.”

“And I was asking, ‘What is that? I’m just not listening to my true calling,’” she added.

Although the thought of getting married had occurred to her, she realized that it wasn’t the true calling for her at that time. So she put that topic aside and began focusing on her career.

And for those who might wonder who was she going to marry and whether she had a partner or not, the actress didn’t mention anything about that. It’s possible that she was likely to do an arranged marriage, common in the Middle East and Asia.

May Calamawy has an average height and weight

Calamawy’s exact height presently remains unknown as there are different data about it. Her IMDb profile suggests that she is 5 feet 6½ inches (1.69 meters) tall, whereas some other outlets have mentioned that her height is 5 feet 7 inches (1.70 meters).

Nonetheless, considering those figures, it could be said that she has an average height. As for her weight, the actress likes to keep herself fit and maintain her weight. Reports suggest that she weighs around 55 kg (121 lbs).

Furthermore, her body measurements are 34-28-36 inches. Her eyes color is brown, and her hair color is black.

As mentioned earlier, Calamawy lives a private life away from the limelight. Due to the same reason, she isn’t much active on the two social media platforms she is in — Instagram and Twitter.

The actress started using Instagram in November 2016 under the username @calamawy. Fast forward to the present time, she only has three posts on the photo-sharing platform. As for her followers, she has over 26,000 followers.

Speaking of her Twitter handle, she joined the platform in September 2009. However, she isn’t active on Twitter and has only made 26 tweets. She has exactly 1,724 followers on Twitter as of this writing.

Posted on October 27, 2021October 27, 2021
Léa Seydoux has been relishing her motherhood phase since the birth of her son. The French actress welcomed a baby boy, George Meyer, with...
Read More