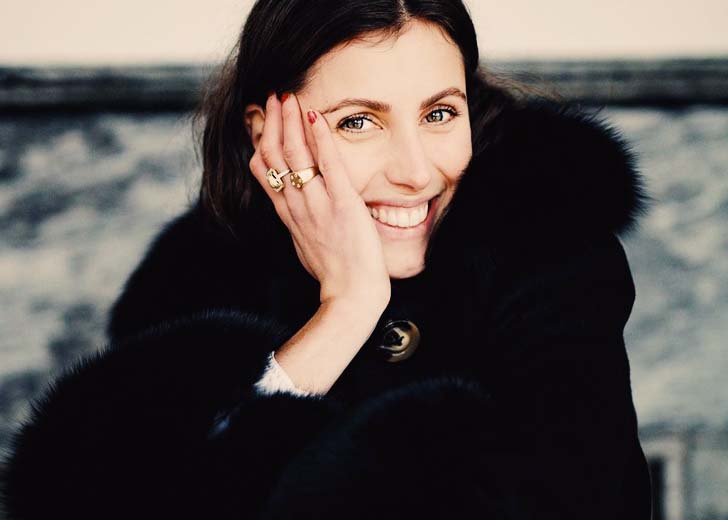 Katrine Greis-Rosenthal, also known as Katrine Rosenthal, is a talented actress who is set to appear in the new romance-drama movie A Taste of Hunger (original title: Smagen af sult). In it, she plays the female lead role of Maggi.

The movie will release in the United States on January 28, 2022, after being released in its origin country, Denmark, in June 2021. Its official synopsis is: “A couple sacrifice everything to get a coveted Michelin star for their popular restaurant in Copenhagen, Denmark.”

Coming back to the actress, she has gained fame for her performances in movies and TV shows such as Heartless, The Bridge, Lykke-Per, Kursk: The Last Mission, A Fortunate Man, and Sygeplejeskolen.

Read on as we discover more about Greis-Rosenthal, including her Wikipedia, biography, age, height, personal life, and more!

Katrine Greis-Rosenthal is a Danish actress

Born in 1985, Greis-Rosenthal is presently 36 years of age. She celebrates her birthday on the 19th of September every year.

She was raised in the suburbs of Gentofte, Sjælland, Denmark. Her birth name is Katrine Murholt Rosenthal, and her zodiac sign is Virgo.

Coming over to her education, she initially gained local-level education. Then, as she was interested in acting, she enrolled at The Danish National School of Performing Arts in 2008. While she was there, she took part in many theater plays. She completed her graduation in 2012.

As she is from Denmark, her nationality is Danish. Additionally, she is fluent in Danish and English, with a knowledge of French, German, and Norwegian.

Greis-Rosenthal is a private person and prefers to keep her family life details away from her limelight. However, after doing some digging into her profile, a handful of details have been found.

As per reports from online outlets, it’s known that the actress comes from a family of Jewish ancestors. Coming over to her parents, her father’s name is Finn Murholt Rosenthal, and her mother’s name is Ulla Murholt-Rosenthal.

Apart from her parents, she has a younger sibling, a brother named Nikolaj Rosenthal. His brother is an ice hockey player who plays in the Danish national ice hockey team.

Talking about her father’s profession, he is an entrepreneur who currently serves as the Board of Directors of the ice hockey team named Rungsted Ishockey (since 2014) and as the Chairman of the Board of a company named Joblife (since September 2019).

Katrine Greis-Rosenthal has a tall height

The Splitting Up Together actress looks quite tall when seen on-screen and off-screen. So, how tall is she? As per her talent company’s profile, Greis-Rosenthal stands at a towering height of 5 feet 7 inches or 1.70 meters.

Katrine Greis-Rosenthal is married to a husband

Although not much is known about when and where they first met, the actress’s Instagram post of February 28, 2021, confirms that they officially began dating on that same day 11 years ago — in 2010.

After being in a relationship for over two years, they decided to move things forward. So on August 4, 2012, they shared the wedding vows in front of friends and family in an intimate ceremony held near an ocean.

After their wedding, they adopted a common last name – Greis-Rosenthal. Since their marriage, they have been relishing a happy marital life and have held each other’s hands through thick and thin.

From her marriage, the actress is the mother of two children; a daughter named Esther Liv and a son named August Levy (b. March 2016). Additionally, she is the mother of another daughter, Emma Mai (b. June 26, 2009) — from her husband’s former relationship.

The family of five could be seen traveling around different places and enjoying each other’s company. Similarly, the married couple could be seen sharing numerous pictures alongside their partner and their kids via their respective Instagram handles.

For instance, on September 1, 2021, Martin took to his Instagram handle to share a lovely picture with his wife. In the caption, he wrote, “Parents night out,” followed by a red heart emoji.

Most recently, on January 16, 2022, Katrine posted a family picture via Instagram in which the duo and their kids were sitting on a rock in a snowy Hafjelltoppen 1066 Moh mountain in Norway.

Katrine Greis-Rosenthal with her husband and kids in Norway (Photo: Instagram / katrinegreisrosenthal)

As of now, they reside in a little village called Taarbæk, located in the north of Copenhagen.

Tags: A Taste of Hunger,Katrine Greis-Rosenthal

Who Is Nikolaj Coster-Waldau's Wife? Inside His Married Life