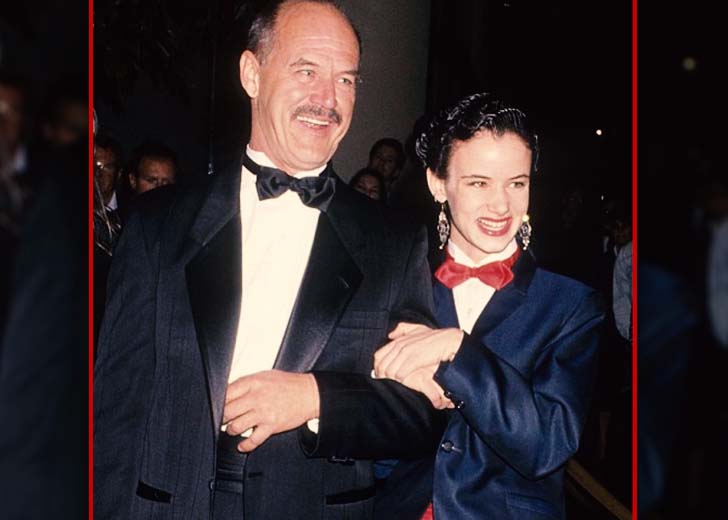 Juliette Lewis could be regarded as one of the veteran actresses in the entertainment industry who started acting at the bare age of 7 in 1980.

However, she would not be able to garner all the success and fame she now has without the support of her parents, mainly her father.

Who are Juliette Lewis’ parents?

Lewis’s father’s name is Geoffrey Lewis, and her biological mother’s name is Glenis ‘Duggan’ Batley. While her father was an actor, her mother worked as a graphic designer.

When she was only two years of age, her parents got divorced. As a result, she had to spend half of her time in between her parents’ home in Los Angeles, California.

As Lewis’ late father was a renowned actor, she was interested in performing/acting from a young age. By the age of 7, she made her acting debut as a cameo in the 1980 movie Bronco Billy.

As she grew older, she was getting multiple offers and making a name by herself. However, at that time, minors were not allowed to work for more than eight hours, and their money would get held on until they were 18.

To not let that happen to their daughter, who had a bright future, her parents decided to emancipate her legally. By doing that, she could work for more than eight hours, and her money wouldn’t get held on.

However, before 2014, people had the impression that she split or emancipated from her parents because they got divorced when she was only child and of the “discord between them.”

But, that wasn’t the case, and people had the misconception. Lewis herself set the record straight during her sit-down conversation with HuffPost in 2014 with host Ricky Camilleri.

She continued: “I know that sounds all radical, but when you start acting when you’re younger, you talk to other actor kids and their moms, and they’re like, ‘Yeah, if you want to get a job, they like on your resume to say emancipated minor versus minor, because you then can work over eight hours.'”

Lewis then gave an example of Uma Thurman and Giovanni Ribisi, who were also emancipated while working as teenagers.

“So I just have to clear that up. Do you know, I can’t even change the false facts that are on the Interweb about me? You’re like, ‘No, it’s me, and you’re wrong about my history!'”

Juliette Lewis describes her parents as hilarious and artistic

In the same interview with HuffPost, the 48-year-old actress said that her parents are “radical, hilarious, and artistic.” She also said that they always supported her desire to be an actress.

Similarly, she described a funny instance from her high school days. She mentioned that her father occasionally used to take her and her siblings out of school by lying to the teachers saying that he was taking them to the dentist.

But, in fact, he would take them to the cinema halls and watch Star Wars with them. “You know, I didn’t graduate high school, but I got to see ‘Star Wars’ and skip those lines,” she added.

Most recently, on August 24, 2021, Lewis shared an emotional Instagram post dedicated to her late father. She had shared a series of old pictures of herself with her dad. In the caption, she first mentioned that her father was her hero.

She then described what was going on in their minds when the pictures were taken. Going by all that, it’s clearly seen that her parents were always there for her and supported her on her way up to the top. And in return, she loved them immensely, too.

Posted on January 17, 2022January 17, 2022
Photo: Instagram/freyaallan British actress, Freya Allan, known to have an ideal height, has mesmerized the cinema world and the heart of fans with her...
Read More