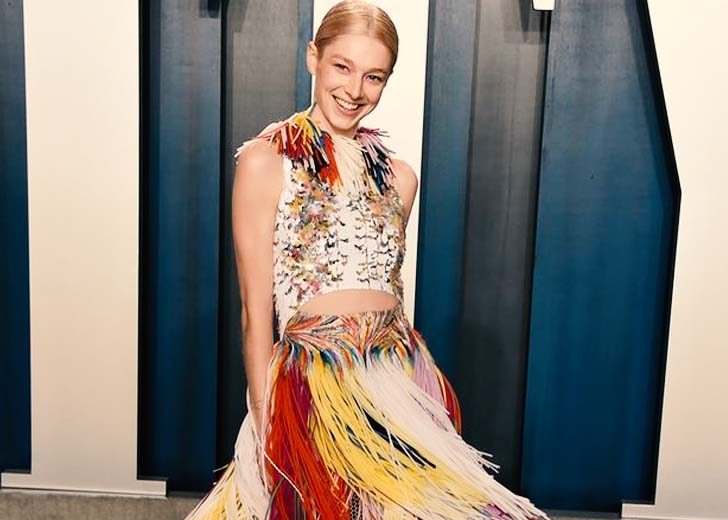 Hunter Schafer, a fashion model and activist, stepped into the entertainment industry with her debut role as Jules in HBO’s Euphoria.

Based on the romance between transgender, the series has been hit in the cinema world, receiving much love and appreciation from possible audiences, providing her with a solid base in acting.

Modeling was the first career approach of Schafer, along with her activism towards LGBTQ youths and rights for transgender people. It proves that transgender has been gaining much support and allies to establish themself in the community and society.

Schafer proudly talked about her sexuality and that she is a trans person during a radio show [via Pop Buzz] in North Carolina.

She said, “I do like people to know that I’m not a cis girl because that’s not something that I am or feel like I am. I’m proud to be a trans person.”

Besides, the actress has been raising her voice for the rights of transgender. For instance, she, along with her father Mac, has played an important role in challenging a state House bill requiring people to use public bathrooms — according to their gender in birth certificates in 2016.

Schafer was also selected as one of 21 girls younger than 21 who were changing the world by Teen Vogue in 2017.

As per Harper’s Bazaar, Schafer talked about her achievement, saying, “I joined the suit to represent other transgender youth in North Carolina who are as hurt as I am, and to raise awareness and acceptance for transgender individuals.”

Being transgender has never been a shameful thing for Schafer. Moreover, In an interview with Dazed, she also opened up about being closer to being a lesbian in 2019.

“I am closer to what you might call a Lesbian,” the actress stated.

But later, fans started questioning her sexuality, asking if she was trans, bisexual, or lesbian.

“Hunter Schafer is a lesbian. Congratulations lesbians. You’ve taken from me the one thing that matters most,” someone tweeted.

Replying to that, the actress said, “As much as I wish this were true, I would like to vaguely clarify that unfortunately, I am like bi or pan or something.”

Schafer’s words received much support and admiration from her fans, along with confusion regarding her choice of words.

Hunter Schafer is similar to the character Jules of ‘Euphoria?’

Schafer made her debut in acting through hit HBO’s series Euphoria in which she played as trans teen Jules Vaughn along with her co-star Zendaya.

“There’s a lot of me in Jules,” Schafer said in an interview with Harper Bazaar.

Schafer is a credible co-writer and producer of her special episode of Euphoria, which premiered to fill the gap between season one and two of Euphoria as the shooting of season 2 was delayed due to pandemics but later premiered in January 2022.

Schafer’s word continued, “Blurred lines between an actor and a character make a deeper character,” which indirectly meant that she was happy to be Jules as she could portray her actual self and be honest.