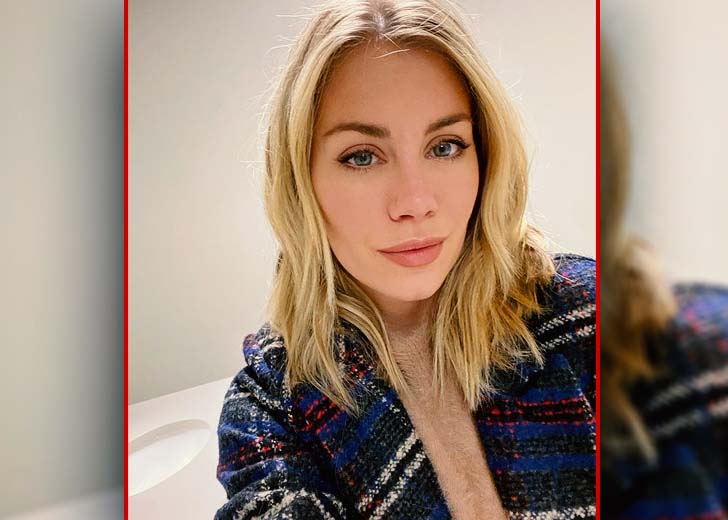 The TV show is a spin-off of the 2021 movie The Suicide Squad and is based on DC Comics. In that movie, too, Holland had played the role of Emilia Harcourt. Both the film and the show are directed by Holland’s acclaimed director boyfriend James Gunn.

While Holland’s professional and personal life remains clear, not much is known about her family life. Read on as we look to discover more about her parents and siblings.

Jennifer Holland’s parents are no more

The details of Holland’s parents are hard to find as the actress tends to keep that information upto herself only. Thus, the names of her father and mother are yet to be known.

Although her parents’ details are undisclosed, it’s vividly known that she has a brother named Bill Holland. The siblings are close to each other and often share pictures alongside each other.

While the siblings were still young, they lost the guidance of their parents. It’s reported that their parents expired due to alcohol consumption. Holland and her brother have shared multiple posts about her parents via their respective Instagram handles.

For instance, on the occasion of Mother’s Day, May 14, 2017, the actress shared an old picture of her mother sitting on her father’s lap and wrote a heartfelt caption. In that caption, she had mentioned that her dad used to work at Wendy’s “and didn’t have much money.”

Similarly, on 2021’s Mother’s Day, May 9, 2021, she posted another picture of her mother and brother. “There is a hole in our lives, where you once were, and that hole can never be filled. Bill and I just miss you all the time, mama, and that’s all there is to it,” she wrote in the caption.

“I just want to hear your voice- one more time. Sometimes, though, the silence allows me to remember what it sounded like to hear you laugh. It gets harder as the years pass, but It’s still imprinted there in my memory,” she further added.

Furthermore, on June 20, 2021, Jennifer’s brother shared some old pictures of their parents and wrote, “These are the only pictures of my dad, that I know of. First one is with my mom before my sister and I were born.”

Jennifer Holland sitting alongside her father while hiding her face (Photo: Instagram/bi11_i_am)

He continued, “We lost them both too early, and I think of them often, but today I think of my dad. We lost him when I was only 10 years old. He missed so much and he is missed so much. Jenn and I love you, dad!”

Jennifer Holland regards her boyfriend’s father as her father

Although Holland was deprived of the love of her father and mother at an early age, she now has found a father figure in the form of her boyfriend’s [James Gunn] father, James F. Gunn, whom she regards as Jim.

On September 8, 2019, she shared some pictures with Jim and thanked him for choosing to be her father. As she went on, she thanked him for many things, such as for providing her unconditional love, welcoming her into his life and family way before she meant so much for his son, and more.

In the end, she wrote, “You have changed my life, Jim. I love you, and I am so blessed to have no question about how much you loved me. – forever yours, Bimbo.”

A brief look into Jennifer Holland’s age, nationality, and height

As of this writing, Holland is 34 years of age. She celebrates her birthday every year on November 9. Born in 1987, she was raised in Chicago, Illinois. Considering her date of birth, her zodiac sign is Scorpio.

As she was born and raised within the United States, her nationality is American. Additionally, her ethnicity is caucasian.