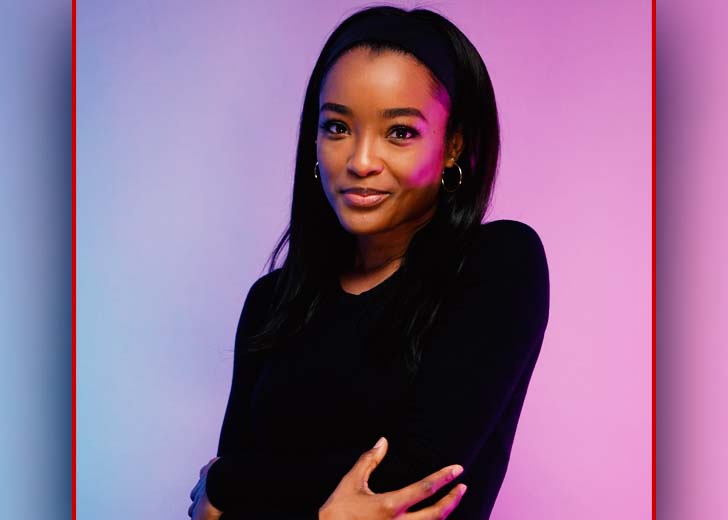 LaToya Tonodeo is an uprising American actress who rose to fame following her portrayal of Diana Tejada in the Starz television series Power Book II: Ghost. She joined the show in its first season in 2020 and has since been a part of it.

In addition, she has appeared in other movies and TV shows such as Dutch Hollow, The Perfect Match, The Fosters, The Head Thieves, The Oath, and Paltrocast with Darren Paltrowitz.

Read on to learn five facts about the actress, including her age, parents, height, net worth, and more!

Tonodeo’s exact age is currently conflicted, mainly due to one Twitter post from an account that the actress follows. The tweet’s author had even called the actress her “sis.” So, it seems the two know each other well.

The tweet was made in 2010, and the tweet’s author wished Tonodeo stating that it was her 25th birthday. If we consider that, then Tonodeo would be 36 years of age now.

However, multiple online outlets such as Famous Birthdays states that the actress’s present age is 24. Besides, in Tonodeo’s interview with Page Six Style in December 2020, the actress was reported as 23-year-old, which means she is currently 24.

With all the confusion around her exact age, the one fixed thing is her birthday, which she celebrates every year on April 23. On her birthday in 2021, she had shared a picture of herself with the caption “Birthday Mood,” followed by her zodiac sign, Taurus, emojis.

Who are LaToya Tonodeo’s parents?

As of this writing, the details of Tonodeo’s parents aren’t disclosed. The actress prefers to keep her family life out of her limelight and hasn’t shared any details through her social media handles or in her interviews.

The only time she mentioned her family on her Instagram handle was on July 9, 2018, when she shared the heartbreaking news of her grandmother’s passing. In the post, she had mentioned that her grandmother was her best friend, and she loved her very much.

To conclude, Tonodeo’s privacy has ensured that the information about her parents and if she has any siblings or not remains in the darkness. And it’s not sure when she will open up about them.

As for her ethnicity, she comes from a mixed background. Furthermore, her nationality is American.

How tall is LaToya Tonodeo?

On the other hand, her IMDb profile reports that she stands at an average height of 5 feet 4 inches or 1.63 meters. Thus, there is confusion of which is the exact figure. Nonetheless, considering those numbers, it could be said that she has an average height.

LaToya Tonodeo is engaged to her future husband

As of 2022, Tonodeo is an engaged woman. Her future husband is a Belizean-born American actor named Arlen Escarpeta.

As per Distractify, on December 31, 2021, the actress took to her Instagram stories to share her engagement news. In her story, she had shown off her shining engagement ring while riding in a car.

Coming over to the engaged couple’s relationship, Legit reports that they have been in a romantic relationship since 2014. Some of the moments from their dating life have also been shared by their respective Instagram handles.

However, as both of them keep their romantic life private, they don’t flaunt pictures alongside each other often. The last time both of them featured each other on their Instagram handle was on 2021’s Valentine’s Day.

They had shared a picture in which Tonodeo’s then-boyfriend [now-fiancé], Escarpeta, was seen delivering a kiss on her lips while the actress was facing towards the camera and smiling.

This is the first time Tonodeo has gotten engaged, whereas it’s the second time for Escarpeta. The actor was previously in a marital relationship with actress Benita Nall from 2011 to 2012.

How much is LaToya Tonodeo’s net worth?

In a short period, Tonodeo has undoubtedly made a name for herself in the entertainment industry and garnered thousands of followers from different parts of the world. In addition, she has been earning a healthy income, too.

As per reports, Tonodeo has an estimated net worth of around $400,000 – $700,000. But, the numbers might change as she gains more success and appears in more movies and TV shows.