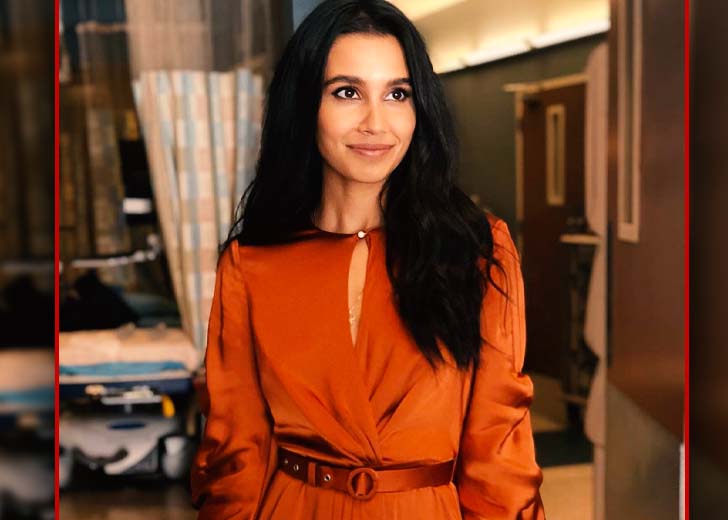 Sophia Ali, also known as Sophia Taylor Ali, is a talented American actress who is best known for her works in TV shows such as Faking It, Grey’s Anatomy, and The Wilds.

She recently appeared in movies such as India Sweets and Spices and The F*** Happened. Next, she will be seen as Chloe Frazer in the action-adventure film Uncharted, starring Tom Holland, Mark Wahlberg, and Antonio Banderas. It will release on February 11, 2022.

Her amazing performance hasn’t gone unnoticed, as she has garnered healthy fame through it. Due to her ever-growing popularity, viewers have been eager to know more about her!

As of this writing, Ali’s relationship status remains unknown. She has been very private about her love life ever since her last relationship.

She hasn’t provided any clue on whether she currently has a boyfriend or not. Additionally, her social media handles are also clean, and no sightings of a possible partner could be seen there.

To conclude, it seems like Ali is rejoicing her life with her relationship status being single and has turned her full focus towards building a great career in the entertainment industry.

Coming over to the last relationship we mentioned, she was previously dating a fellow American actor named Tyler Posey. The now-former duo began dating in late 2017, and Posey made their relationship Instagram official on January 19, 2018.

After things were made official, they often shared several pictures alongside each other. However, things between them weren’t meant to last forever as they broke up in late 2019.

Just Jared Jr. reported that Posey confirmed his split with Ali on December 7, 2019, during the premiere of his show Fast & Furious: Spy Racers. He said, “I don’t have a girlfriend. I’m focused on work and just myself.”

Ali is presently 26 years of age. She celebrates her birthday every year on November 7. As per that, her zodiac sign is Scorpio.

Born in 1995, she was raised in the city of San Diego, California. Her birth name is Sophia Taylor Ramseyer Ali.

Ali was raised as the oldest child of her parents. Her father’s name is Asim Ali, and her mother’s name is Brooke Ali. While her father is a Pakistani, her mother is an American.

Apart from her parents, she has two younger siblings; two brothers named Kamran Ali and Shan Ali. Both of her brothers are former actors.

As she was raised in the United States, her nationality is American. Furthermore, her religion is Islam, and her ethnicity is Asian.

How tall is Sophia Ali?

Ali — whose net worth is around $1 million — stands at a towering height of 5 feet 8 inches or 1.73 meters. She likes to maintain her body and reportedly weighs around 52 kg or 115 lbs.

Additionally, her body measurements are 34-24-33 inches. Her hair color is black, and her eyes color is dark brown. Her other distinctive features are tattoos over her body, bushy eyebrows, and a skinny look.