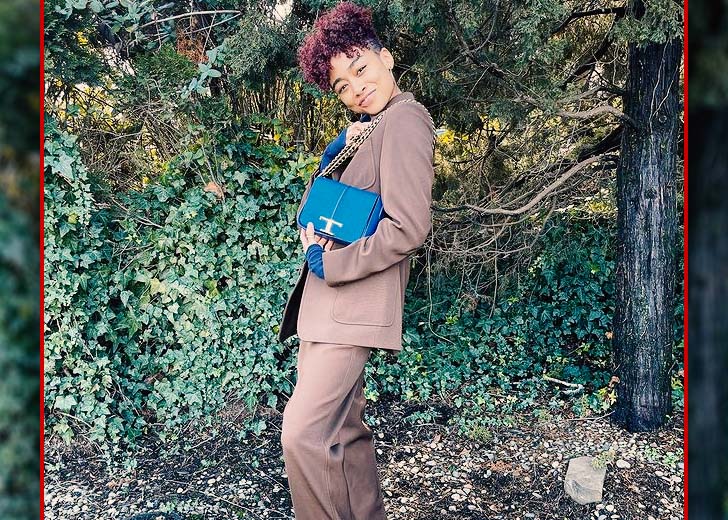 Tati Gabrielle, aka Tatiana Gabrielle, is a well-established American actress who first came to the limelight after portraying the role of Gaia in The CW television show, The 100. Her popularity grew more following her performances in several more TV shows.

They are Chilling Adventures of Sabrina (as Prudence Night), The Owl House (as Willow Park), and Aftershock (as Mckayla Ansley). In addition, she recently amazed the audiences via her portrayal of Marienne Bellamy in the third season of Netflix’s hit crime show, You.

In less than two weeks, she will be seen on the big screens as Braddock in the action-adventure movie titled Uncharted, starring Tom Holland, Mark Wahlberg, and Antonio Banderas. The film is set to release on February 11, 2022.

How old is Tatiana Gabrielle?

As of this writing, Gabrielle is 26 years of age. She celebrates her birthday every year on January 25. Her zodiac sign is Aquarius.

Born in 1996, she was raised in the suburbs of the Bay Area, San Francisco, California. Her birth name is Tatiana Gabrielle Hobson.

As for her education, she initially attended Oakland School for the Arts after being accepted into its theatre program, where she acted and directed several productions. After that, she moved to Atlanta, Georgia, to attend Spelman College — majored in Drama and French.

Who are Tati Gabrielle parents?

The Emoji Movie actress has kept most of the details of her parents upto herself only. Due to that, little to no information is found about her parents.

That said, she does have revealed that her mother is from Korea and was adopted when she was a child by a Virginia-based African-American family. As for her father, it’s reported he is a former Ohio-based basketball star. He is African-American.

Although she hasn’t revealed much about her parents, she did once share a series of pictures of her mother on the occasion of Mother’s Day. On May 13, 2019, she shared some of her childhood pictures in which her mother was holding her.

In the caption, she regarded her mom as the first superhero she had ever seen. “I love you mommy,” she ended her short caption.

Additionally, during her interview with Status Magazine, she further divulged on her mother and how she raised her. She first mentioned that her mother was adopted from Korea when she was a child by an African-American family in Virginia.

Continuing her statement, she said, “She always made sure that we knew we were Asian and in line with its culture. Growing up, I did tons of projects in South Korea and learned how to write my name in Korean. I also did karate for about 10-11 years all the way up until I got in a university.”

“The balance of both cultures and growing up in the Bay Area, is really diverse so I always make sure to embrace it. I love always being a mixed kid. My parents did a good job making sure that we balance that out one way or another and just embraced both,” she concluded.

Besides that, not much is known about her family life. It’s also unknown if she is the only child of her parents or has any siblings.

As she was raised in the United States, her nationality is American. She has mixed ethnicity with Korean roots from her mother’s side.

How tall is Tati Gabrielle?

Gabrielle stands at a towering height of 5 feet 7 inches or 1.7 meters. She has a well-maintained body and weighs around 56 kg or 123.5 lbs.

Her body measurements are reportedly 32-24-32 inches. Some other distinctive features of her are dark brownish hair and eye color, and pierced septum.

Is Tati Gabrielle dating a partner?

Gabrielle’s present relationship status remains unknown to the public as she prefers to keep her romantic life details upto herself only.

With her personal life being a secret, it’s possible that she might be dating someone in private. However, with no confirmation of that, the only possible conclusion, for now, is that she is single and doesn’t have a partner.

Though Gabrielle might be single now, she had sparked dating rumors with her Chilling Adventures of Sabrina co-star, Chance Perdomo. The on-screen chemistry between them was the main reason behind the speculations.

Tati Gabrielle and Chance Perdomo at the premiere of Captain Marvel. (Photo: Zimbio)

And while many viewers of the show hoped for the rumors to come true, nothing was going between the fellow co-stars. In fact, they were just good friends when not on camera.