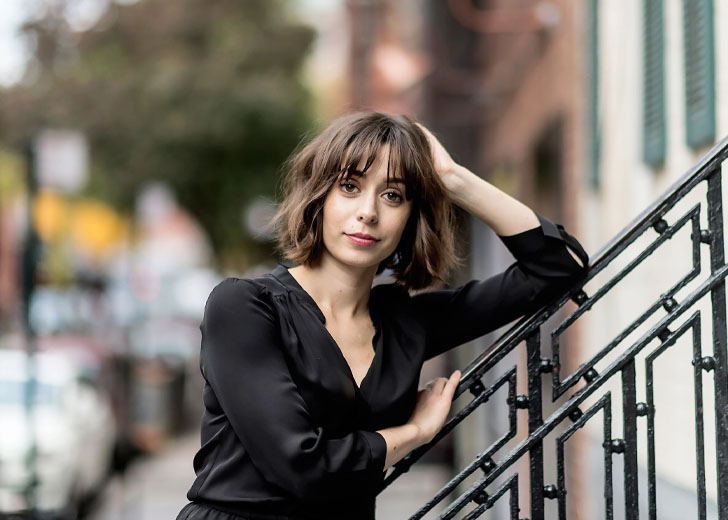 Everything you need to know about ‘The Wolf of Wall Street’ actress Cristin Milioti.

Cristin Milioti is a renowned American actress who first gained fame through her works in some hit Broadway productions, including That Face, Stunning, and Once. Besides, she even won a Grammy Award and was nominated for one Tony Award for her performance in Once.

Coming over to her works on the small and big screens, she has been a part of several big movies and TV shows. Some of them are The Sopranos, The Wolf of Wall Street, How I Met Your Mother, Fargo, Black Mirror, Palm Springs, Made for Love, and The Simpsons.

She is currently busy filming her upcoming TV movie titled The Resort – she plays the role of Emma. Milioti has established a flourishing career in little time – she has 36 acting credits since making her debut in 2006 – and might have also earned a good sum.

So, what is Cristin Milioti’s net worth? Celebrity Net Worth reports that the actress has an estimated net worth of $4 million. Read on to learn more details about her!

How old is Cristin Milioti?

As of this writing, Milioti is 36 years of age. She celebrates her birthday every year on August 16. Her zodiac sign is Leo.

Born in 1985, she was raised in Cherry Hill, New Jersey, as the only child of her parents. Her father’s name is Clark Vincent Milioti, and her mother’s name is Catherine Milioti.

As per reports, she is of Czech, Scottish, Irish, and English descent from her mother’s side and has Italian and Belgian ancestry on her father’s side. She has previously mentioned that she calls her family “Olive Garden Italian.” Her nationality is American, and her ethnicity is white.

Coming over to her education, she attended Long Lake Camp for the Arts for middle school. It was there that she first discovered her love of acting. She later joined Cherry Hill High School East and graduated in 2003. Then, at last, she enrolled at New York University to take acting classes but dropped out in her first year.

Cristin Milioti is rather small in height

Milioti’s list of accomplishments is quite long and what she has done in such a short time is remarkable. However, the word long might not fit if we speak of her height — no offense.

The Modern Love actress reportedly stands at the height of 5 feet 2 inches or 1.58 meters only. As for her weight, she has maintained a healthy body and weighs around 51 kg or 112 lbs. Additionally, her body measurements are 33-25-35 inches.

Reports also suggest that her cup size is B (US), dress size is 4, and shoe (feet) size is 7.5 US. Furthermore, her hair color, as well as her eye color, is dark brown.

Milioti is yet to share the wedding vows with a husband in her life. As of now, there have been no rumors or reports of her getting married anytime soon.

Besides, it’s not even known if she has a partner in her life with whom she might get married. The actress is notoriously private about her romantic life and hasn’t talked about it in years.

Additionally, she is not an avid social media user and only shares work-related things via her Instagram handle. To conclude, her personal life is a mystery, and until something comes out, it’s better to regard Milioti’s relationship status as single.

However, her relationship status wasn’t single all the time. Previously, she was in a relationship with a former actor named Jesse Hooker – now a furniture maker. As per reports, the former couple first met each other in 2008.

Similarly, in Milioti’s interview with The Hollywood Reporter in October 2014, she mentioned that she and Hooker had been in a relationship for five years after being introduced to each other through mutual friends. So, it’s safe to assume that they began dating in 2009.

Years after they began dating, rumors emerged that the duo had gotten engaged. However, the actress denied those speculations during one of her interviews, per Distractify. After denying it, she said, “No, I swear to you I’m telling the truth! My boyfriend’s going to get such a kick out of that. But we’re very happy.”

But, it seems like their togetherness didn’t last long. Hooker had posted a picture of Milioti in July 2016, which was the last time he shared her photo. It seems like they parted ways sometime after July 2016.

Currently, many details still remain unknown about their relationship – including why they split – as they kept everything low-key.

As mentioned earlier, The Venture Bros. actress isn’t an avid social media user. Besides, she didn’t even have a public profile on any social media platforms in the past — she had a fake and private account on Instagram under the username of @beyonce_clinton.

In January 2019, Milioti finally joined Instagram under her own name and with a public profile. However, she hasn’t been very active and has only made 28 posts. Her username is @cristinmilioti, and she has gained over 233,000 followers.

As for her profiles on Twitter and Facebook, there aren’t any, at least for now. On the other hand, she might have one under some fake name like Milioti did in the past and some other celebrities do.