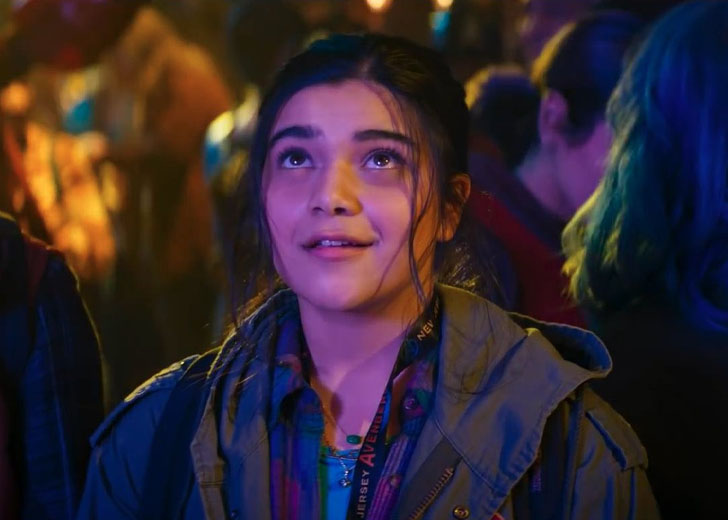 Everything you need to know about Marvel’s newest superhero Iman Vellani!

Iman Vellani is set to make her first appearance in the entertainment industry in the grandest style possible.

The young actress is a part of the two major projects under Marvel Studios’ Phase four plan and follows the story arc set within the Marvel Cinematic Universe. Those projects are a Disney+ show titled Ms. Marvel and a major film titled The Marvels.

In the first project, Vellani will play the title role of Kamala Khan, aka Ms. Marvel. She later reprises the same role in the movie The Marvels. The TV show focuses on Kamala Khan’s journey to becoming the superhero called Ms. Marvel.

Similarly, her journey ties into the movie – The Marvels – in which the young superhero joins hands with some big names such as Captain Marvel – played by Brie Larson, Nick Fury – played by Samuel L. Jackson, and Monica Rambeau – played by Teyonah Parris.

The 6-episodic Ms. Marvel show is scheduled to premiere on Disney+ from June 8, 2022, with each episode airing weekly. The Marvels is presently in post-production and is expected to release on February 17, 2023.

What is Iman Vellani’s net worth?

It has been established that Vellani is a newbie in the entertainment industry with no prior history of acting – the ones that pay her for her works.

Thus, with no prior working experience, there couldn’t be a source of income. But, now that she has been a part of two leading Marvel projects, she must have been paid well. So, how much is her net worth?

As of now, the details about her income and net worth are not disclosed. It might take some time to reveal those details, as Vellani is still new to the acting sector. Until then, she might play in some more movies and TV shows, which will increase her net worth even more.

As of this writing, Vellani is reported to be 19 years of age. She celebrates her birthday every year on September 3.

Born in 2002, she was raised in the suburbs of Markham, Ontario, Canada. Her zodiac sign is Virgo.

As for her education, she attended the Markham, Ontario-based Unionville High School. Details about her further education are yet to be disclosed now. On the other hand, she used to be a part of the Next Wave Committee at the 2019 Toronto Film Festival.

Born in Karachi, Pakistan, Vellani was raised as the daughter of Ismaili Muslim immigrants from Pakistan. Her family moved to Canada when Vellani was only one year old.

Talking more about her family, the details of her parents are present unknown as the actress has maintained privacy over them. It’s also not known if she is the only child of her parents or has any siblings in her family.

So, to conclude, it could be said that not much is known when it comes to Vellani’s parents and family.

Coming over to her nationality, she might hold both Pakistani and Canadian nationality as she was born in Pakistan but raised in Canada. She is of Pakistani descent from her parents’ side. As for her ethnicity, her ethnic group is Islam.

Iman Vellani has an average height

Much is not known when it comes to Vellani’s life. But, that doesn’t seem to apply in terms of her height. As per her IMDb profile, it’s reported that she stands at an average height of 5 feet 6 inches or 1.68 meters.

Is Iman Vellani dating a boyfriend?

One of the other things which are not known about Vellani’s life is her personal life. The main reason behind it is her privacy over her life – as we have already mentioned.

Another big reason is the actress’ little to no social media presence. Vellani doesn’t seem to be an avid social media user and isn’t available on Twitter. As for Instagram, there is an account under her name.

However, it’s unconfirmed if that account is used by her or a fake one as she hasn’t posted the official trailer for her Disney+ show via Instagram — which most Hollywood stars do by their own wish or due to contractual obligations.

Anyway, that Instagram handle also contains pictures related to the show only. Thus, it’s quite hard to find out about Vellani’s love life. And until something comes up, it’s fair to say that she is currently single and doesn’t have a boyfriend.