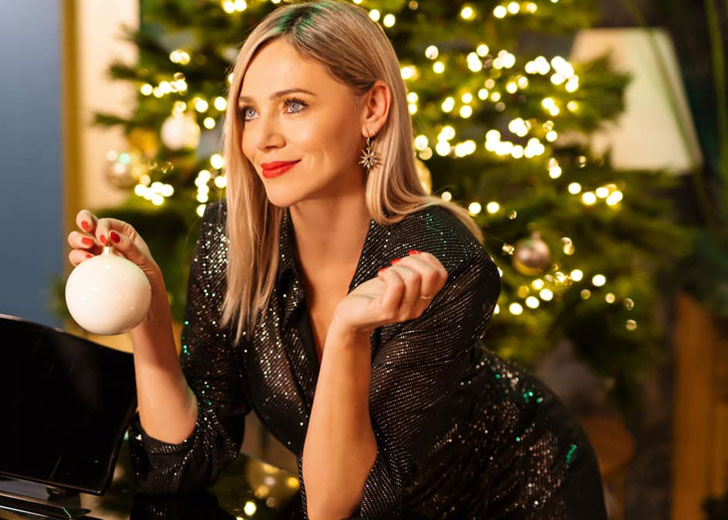 Katarina Cas (or Čas) is a talented Slovenian actress who first tasted the limelight when she played the role of Barbra Zidar in the 2010 TV show Prepisani. That was just the start of it, as she appeared as Gabriela McBride in 2011’s acclaimed movie The Guard.

Her performance put her in the international spotlight. She landed roles in Martin Scorsese’s The Wolf of Wall Street (as Chantalle) starring Leonardo DiCaprio and Jonah Hill and Dan Fogelman’s Danny Collins (as Sophie) starring Al Pacino and Annette Bening.

Additionally, she has appeared in movies and TV shows such as Liam and Lenka, Pod sretnom zvijezdom (aka Under Lucky Star), Prebujanja (aka Awakenings), Love, Lies and Records, Terminal, Rubirosa 2, Berlin Station, and Ja, Chef.

What is Katarina Cas’ net worth?

Cas has notably garnered fame through her works in the entertainment industry – whether in Hollywood or outside of the English-native acting sector. She currently has 42 credits as an actress under her IMDb profile.

In addition, she has worked as an assistant director and producer in one feature film and short movie, respectively. She has also been serving as the brand ambassador for Mercedes-Benz in Slovenia for a while now.

Considering her work, she might have earned a healthy income. So, how much is Cas’ net worth? The actress’ exact salary and net worth are presently undisclosed, but it’s reported that she might have an estimated net worth of around $1 million.

How old is Katarina Cas?

A Touch of Cloth actress is presently 45 years of age. She celebrates her birthday every year on September 23. Her zodiac sign is Libra.

Born in 1976, Cas was initially raised in Slovenj Gradec, Slovenia – a former part of Yugoslavia. She currently splits her time between her hometown and London and spends some time at other places, including Northern Ireland.

In Slovenian, her surname, Cas, means time or hour. As she was born in Slovenia, she can fluently speak her mother language – Slovenian. Additionally, she is fluent in Serbo-Croatian (Serbian and Croatian), German, and English.

Coming over to her education, she first attended a high school located in Ljubljana. Later, she enrolled at the Faculty of Economy of the University of Ljubljana, where she graduated in Communication and Marketing.

Katarina Cas has an average height

The New Tricks actress — a trendsetter when it comes to beauty and fashion — might seem much longer in height in pictures. But, it looks like she has an average height. As per her IMDb profile, she stands at the height of 5 feet 4½ inches (1.64 meters).

Does Katarina Cas have a partner?

As of this writing, there have been no reports of the actress having someone special in her life. So, it couldn’t be told if she is presently dating a boyfriend or is single.

However, in August 2021, there were rumors that she was probably dating a mysterious man. The speculations came after she posted a picture via Instagram in which she was in the backseat of a Vespa scooter in Italy, and a man was riding it.

That man’s face was hidden as he was wearing a helmet and riding the scooter looking forward. Many wondered if that mysterious rider was her boyfriend, but nothing had been confirmed yet.

And though Cas might not have a partner now, she did have some in the past. The most successful Slovenian actress in Hollywood was previously in a romantic relationship with a fellow Slovenian TV presenter Lado Bizovičar.

It is one of the first known relationships of the actress. The now-former couple dated for years and maintained tight privacy around their love life. However, something happened, and they parted ways.

Cas then began dating a creative director named Aljoša Bagola. The two’s relationship didn’t last long, and they eventually broke up. After that, the actress reconciled her togetherness with Bizovičar – which didn’t hold long for long.

The love birds split again, this time for good, in 2016. One year later, she found love in musician and producer Tamir Gostiša – who was seven years younger than her. The couple preferred privacy and kept most of their romance hidden.

Their relationship was confirmed when they walked down the Slovenian premiere of Cas’ 2017 movie Prebujanja with the two holding each other’s hands. Everything seemed fine between the couple for a long time.

But, they decided to part ways due to unknown reasons after two years of dating, around September 2019. Since then, there have been no new reports of the actress’ possible new relationships.

Speaking of her Instagram handle, it was previously hacked by someone around the time of the pandemic. So, she had to create a new account under the username of @katarinacas. She now has only 16,800 followers.

Her first post on her new Instagram handle was made on March 10, 2020. That post was about her original account getting hacked, due to which she lost all of its contents, people she was following, and her followers. As of now, she only has made 49 posts in her new account.

Coming over to her other social media handles, she joined Twitter in November 2009 – she has the same username as her new Instagram handle. On that platform, she has over 36,400 followers now. Similarly, on her self-titled Facebook page, she has garnered 40,000 followers.