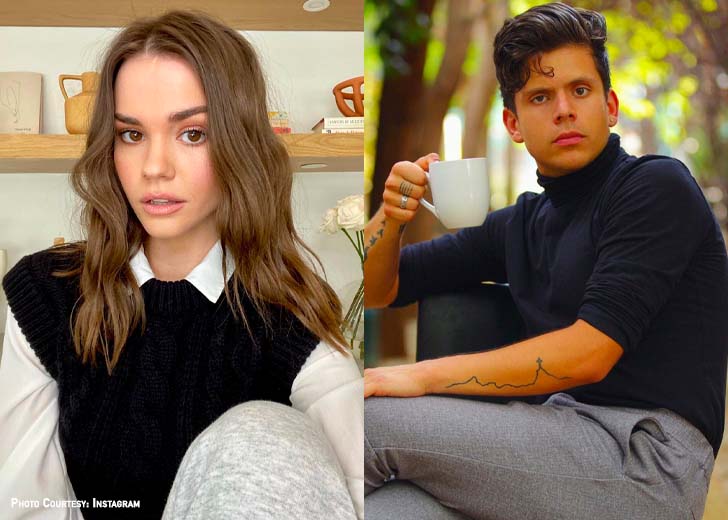 After six years together, Rudy Mancuso and Mia Mitchell apparently called it quits. Around 2021, the couple’s relationship came to an end.

The actor stopped posting pictures with his girlfriend after Valentine’s Day in 2020.

After a thorough investigation, fans later discovered that the couple had deleted all their memories and unfollowed each other from their social media accounts.

Internet personality Mancuso and Good Trouble’s star Mitchell broke up after dating for six years. The duo started dating in May 2015 and were open about their relationship as they used to express their love on social media constantly.

In April 2022, a source told Us Magazine, “It happened a few months ago.” Even though neither has publicly addressed the breakup, fans started suspecting that the couple had broken up when the actress erased all images with Mancuso from her Instagram.

Additionally, Mancuso seemed to have deleted all mentions of his ex-girlfriend from his social media profiles. Later, both of them unfollowed each other on their Instagram.

The pair’s separation was confirmed in October 2021 after Mitchell posted a photo of herself and captioned it, “Cuffing season.”

For those wondering what cuffing season means, it refers to a period of time when single people begin looking for short-term relationships to pass the colder months of the year.

Mitchell’s caption confirmed her relationship with Mancuso had ended and was looking for a partner.

Nonetheless, there are still videos of Mitchell on Mancuso’s YouTube channel, some of which date back to 2016.

Fans reaction to Rudy Mancuso and Maia Mitchell’s break up

Many fans were sad about Mitchell’s break up with Mancuso. One of their fans sadly expressed, “i need to stop getting invested in celebrity relationships cuz when did maia mitchell and rudy mancuso break up.”

A Twitter user tweeted, “They were deadass my favorite couple.” Similarly, another follower noted, “did maia mitchell and rudy mancuso break up?? I’ll literally cry.”

The dating rumors started to circulate when Deuxmoi was questioned by one of her fans about Mendes’ relationship status.

The fan asked Deuxmoi if Mendes and Charles Melton were still together. Deuxmoi replied, “No he was dating Chase Sui Wonders (not sure if they still are) & her fans think she’s dating Rudy Mancuso.”

Mendes and Mancuso will share the screen as co-stars on their upcoming musical movie Música, which he is directing for Amazon Studios and Wonderland Sound and Vision.

Some of Mendes’ followers assumed that she and the actor Mancuso were dating due to their many public sightings together. Since they will work alongside each other, that could explain their frequent appearances.

In July 2022, the two were captured while exploring New York City. The actress wore a maroon tank top with cutouts, gray shorts, and black Prada loafers.

Similarly, the actor kept it casual by flaunting all-black clothing, including black boots and sunglasses.