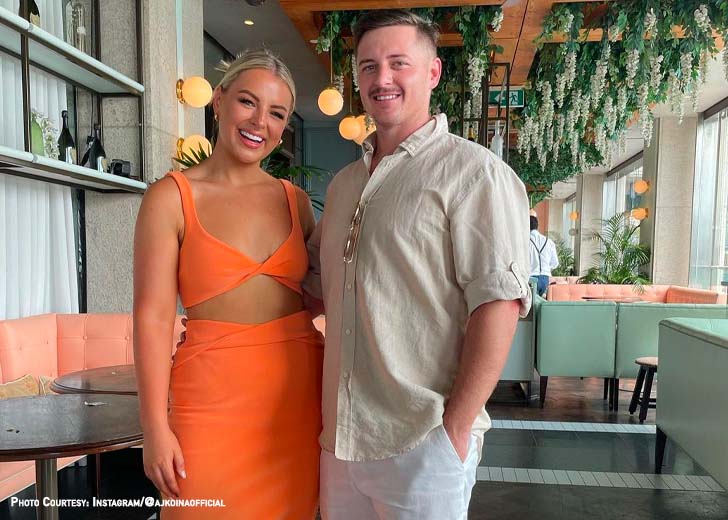 Brittney Lee Sanders, an Australian entrepreneur, beauty vlogger, and YouTuber, has addressed inquiries over her future plans to wed her boyfriend AJ.

The pair has been together for over five years — since 2017 — and are head over heels for each other. They often can be seen on each other’s social media, expressing their love for each other.

Brittney Lee Saunders on getting married to AJ

Saunders and AJ made their relationship public in August 2017. She first uploaded a picture with her boyfriend on August 21, 2017, at Diamond Head Summit Viewpoint.

On September 11, 2017, the entrepreneur posted a YouTube video titled ‘Our First Holiday,’ where she described their first trip to Hawaii as a couple.

Forward to March 26, 2020, Saunders uploaded a picture of her boyfriend on her Instagram. AJ seemed smitten as well as happy in the picture.

The Australian native Saunders captioned the photo, “love doing life with you,” which raised the eyebrows of fans wondering if the pair might get married one day.

A fan under the username miss_alex_96 commented, “getting married one day?? X.” Saunders replied, “we might get married for fun (maybe lol) but we won’t have a wedding or anything.”

Why did Brittney Lee Saunders and her ex-boyfriend Dylan Ryan split?

Saunders of Newcastle, a suburb of Sydney, expressed her sorrow about her failed romance with Dylan Ryan in a string of social media posts and Snapchat recordings in November 2016.

The couple’s connection was well-documented on her YouTube channel, and on the account they only started together.

When the vlogger disclosed that Ryan had abandoned her, her devoted fans got a look inside her grief.

According to Mamamia, Brittney used Snapchat to inform her fans that her heart had been “broken into a million pieces.”

According to Saunders, Dylan “left” her, and the reason he gave for doing so was that he was no longer in love with her. She said, “It’s honestly incredibly [expletive] terrible that he claims he doesn’t love me anymore.”

Saunders, who has over 600,000 Instagram followers and over one million YouTube subscribers, even came to Victoria to live with her boyfriend.

Since their split, Brittney spoke of returning to Newcastle and pleaded with her supporters not to “hate on” Ryan.

Who is Brittney Lee Saunders?

Brittney Lee Saunders is an Australian YouTuber, entrepreneur, pop sensation, and beauty vlogger. She joined the YouTube community in August 2011 and uploaded her first video, ‘My Makeup Collection.’

Saunders has been making videos on fashion, beauty, and makeup ever since she rose to prominence with her videos.

She is renowned for featuring expensive cosmetics in her videos. Additionally, she also posts Q&A sessions and storytime videos.

The vlogger owns a makeup brand called Getnkd, which is a vegan and natural makeup line. She is considered one of the most successful Australian beauty vloggers, having collaborated with several high-end cosmetic firms and gaining millions of YouTube subscribers.