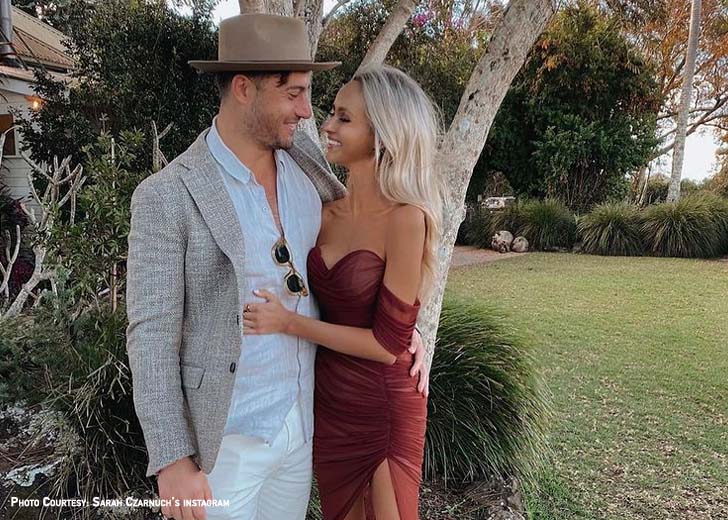 Marcus Stoinis, a well-known Australian cricketer, has moved on from his relationship with Stephanie Muller and has already found new love.

Marcus Stoinis broke up with his long-term girlfriend Stephanie Muller, and he has since found a new love.

The Australian cricketer has moved on and is in a romantic relationship with model and content creator Sarah Czarnuch. The relationship sparked sometime after Stoinis separated from his ex-girlfriend Muller.

The new couple frequently appears on each other’s Instagram profiles, flaunting their relationship on the platform.

The Australian cricketer ended his relationship with his longtime girlfriend, Muller. However, the reasons behind their breakup are still behind doors.

The couple first went public in May 2013 by uploading a picture of them. According to Sportskeeda, in May 2013, Stoinis posted a now-deleted photo of himself with Muller on his Instagram.

Muller is usually referred to as Stoinis’ wife in the media, but the relationship is not yet confirmed.

According to Zee News, the couple broke up just before they were about to get married. The player also has wiped out all the pictures with Muller from his Instagram account.

Nonetheless, based on his social media profiles, it can be assumed that Stoinis has moved on and is dating a model.

Sarah Czarnuch is an Australian model, content creator, and beauty columnist for GT Magazine, originally from Geelong, southeastern Australia. She is also the designer for the SarahCzarnuchxElliatt.

In 2014, Czarnuch won the title of Miss Tourism Australia. She went to Deakin University and studied Journalism/Public Relations.

In an interview with Up States Sport, Czarnuch discussed how she finds mental well-being by surrounding herself with activities that fuel her physical and psychic energy.

Stoinis first came into contact with Czarnuch after breaking up with his longtime girlfriend, Muller.

Since Czarnuch was spotted on cricketer Stoinis’ Instagram account in 2021, it is possible that they started dating around that time. On April 11, 2021, Stoinis published photos of him and Czarnuch, both of whom appeared happy and cheerful.

Later, on December 27, 2021, Stoinis and Czarnuch made their romance public by posting a picture of themselves on Instagram. “Stoinah,” which appeared to be the combined string of their names, was written as the image’s caption.

Who is Marcus Stoinis?

Hailing from Perth, Stoinis is an Australian cricketer who played for Perth Scorchers and Victoria as an all-rounder.

At present, he plays limited overs cricket for the Australian national team. Furthermore, he has domestic contracts with the Melbourne Stars and Western Australia.

Stoinis played for the Australian under-19 cricket team at the 2008 ICC Under-19 World Cup. He represented Australia at the Hong Kong Sixes the following year.

On August 31, 2015, Stoinis played against England in his first Twenty20 international match. On September 11, 2015, he made his One Day International debut against the same team.