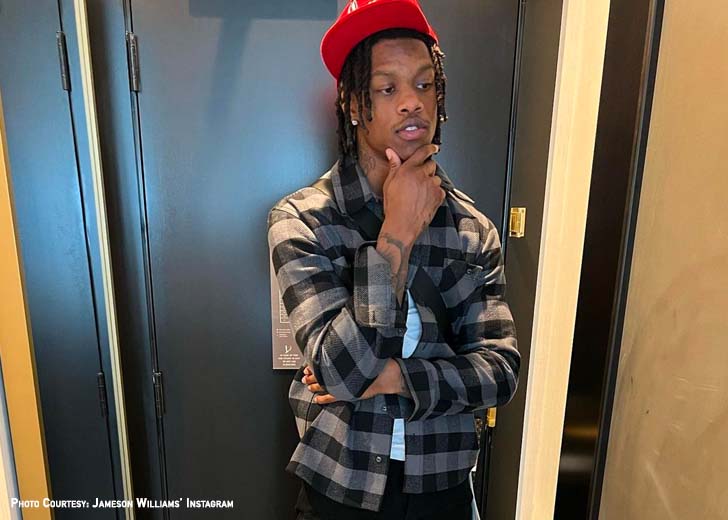 Jameson Williams was raised in an athletic family.

Jameson Williams might have an amazing end to 2022 after being selected as the No. 12 overall pick in the 2022 NFL Draft by Detroit Lions. His success came from the hard work and things he achieved during college.

The Missouri native wide receiver initially started college at the Ohio State University, where he registered only three touchdowns and 15 receptions in 22 games over two seasons. But things changed after he transferred to the University of Alabama.

During his time for the Alabama Crimson Tide, he showed a new side of his gameplay, recording 79 catches for 1,572 yards and 15 touchdowns in just one season. His feats there later helped in naming him an All-American.

It’s clear that Williams did a lot of hard work to reach the level he is currently on. But there were other factors that also played a crucial part in his success. And those factors were the constant love and support from his parents and family.

Who are Jameson Williams’ parents?

Williams was raised in an athletic family. That’s right! His parents were also involved in sports, but instead of football, they were track athletes — currently retired. His father’s name is James Williams, and his mother’s name is Tianna Williams.

It’s reported that his father initially insisted Jameson join the University of Alabama, which he later did by transferring, resulting in his playing career changing considerably.

Talking more about his parents, his father is a former Sumner High School track team member. James eventually went on to graduate from Abilene Christian University — he was also a track athlete for the university team. As of now, he reportedly works as a barber in St. Louis.

Coming over to his mother, Tianna was also a track athlete at Sumner High school, and some might say it was there where she met James. Furthermore, some reports indicate that she might have run track at UCLA.

Jameson’s parents are available on Instagram under the usernames @k.g.r.1 and @tiannawilliams6, respectively. James has a public profile where he often shares things related to his family. On the other hand, Tianna has a private Instagram account.

Born in 2001, the 6 feet 1 inch tall NFL star celebrates his birthday every year on March 26. As per his date of birth, his zodiac sign is Aries.

He had an everyday early life that was filled with his parents’ nurturing and playing around with his siblings in the neighborhood of Saint Louis, Missouri. As for his siblings, Jameson has three; two brothers and one sister.

As years passed, he and his siblings continued to grow in different aspects of their lives. But one thing remained the same; their love for running which they got from their parents. Yes, Jameson also excels at the track.

When attending Cardinal Ritter College Prep High School, he won many state titles in the 300-meter hurdles and a state championship in the 400-meter hurdles. He has a personal best mark of 22 feet, 11.5 inches in the long jump.

While doing all that in the track field, he even broke a state record previously held by Dallas Cowboys running back Ezekiel Elliott.

As for his siblings, his older brother, James Jr., is a runner for Northwest Missouri State; his older sister, Ja’Ianna, is a former track and field athlete at Wayland Baptist; and his younger brother, whose name is unknown, is a track athlete at Western Texas College.