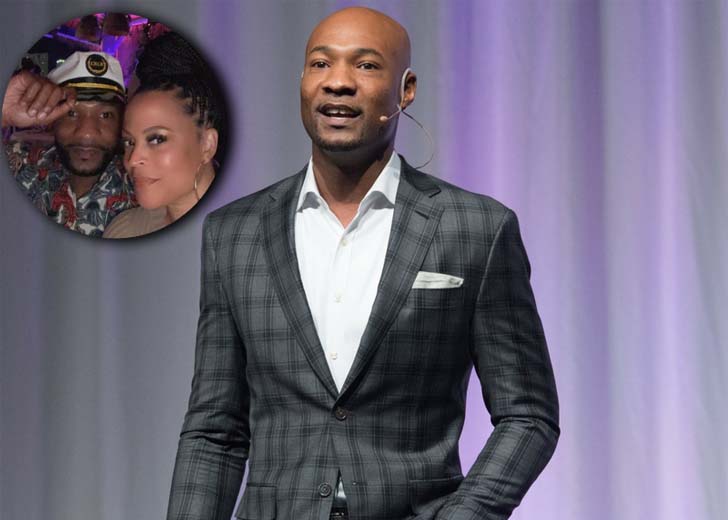 Pastor Keion Henderson is introducing fans to his new partner.

The famed pastor, best known for his timeless wisdom and advice on dating and marriage, made it Instagram official on July 6, 2021, with Shaunie O’Neal by posting a series of photos of them from their time together.

The first picture in the slide, however, was snapped at Henderson’s birthday celebration on that very day. So, yes, the pastor actually revealed his girlfriend on his 40th birthday.

“I will accept all congratulatory messages but yours, @shaunieoneal5 will I cherish forever. Thank you for making my 40th Birthday one I will never forget,” Henderson wrote in the caption.

He further thanked his new beau O’Neal for accepting his friendship and subsequently trusting him as a partner without judgment.

“Shaunie, you’re the gift that keeps on giving,” he added.

His post was bombarded with congratulatory messages from his close friends and Instagram followers. “So happy for you both. Awesomeness,” another pastor, Joseph Walker, congratulated.

Another wished, “Go ahead and get married now!”

Who Is Shaunie O’Neal?

While Henderson is a renowned pastor, O’Neal’s website reveals that she is a real estate investor, creator, and executive producer of VH1’s mega-hit Basketball Wives franchise and Shaunie’s Home Court.

In addition, she is also a proud mother of five children. She had four children — Amirah, Shaquir, Shareef, and Me’arah — with her ex-husband Shaquille O’Neal (2002 – 2011). She also had a son, Miles, from her undisclosed relationship.

Like his present partner, pastor Keion was also previously married to another partner. He was married to his ex-wife Felicia Henderson, a former first lady of the Lighthouse Church in Houston, Texas.

Looking at Keion’s social media, his marriage with his ex-wife seemed to be going smoothly until 2015-2016. He also called her a “timeless treasure” on her birthday in 2016 through a now-deleted Instagram post.

But their relationship came to an end when he allegedly filed for a divorce from her in 2019. A vlogger named Larry Reid also released their court documents on his Patreon account, confirming the pastor had, in fact, filed for a divorce.

Reid also shared in his video that Keion said he was “going through changes” in his marriage before the divorce was confirmed.

But the final confirmation came when the pastor himself confirmed the divorce during an interview with BlessedBeatz Media in March 2020.

He further stated that the divorce was tough on him, and he was falling apart even though he encouraged others to be strong and accept love.

Because of that, he claimed he was learning how to move through the phase courageously. “ I was scared to death…[God] wasn’t wiping my tears,” he added.

Despite all the odds, the pastor now seems to have moved on from his failed marriage, as he has been enjoying his love life with his new partner O’Neal.

A Look into Kat Stickler's Wiki - Her Age, Net Worth, Husband, and More

'The Jump' Host Rachel Nichols Salary and Net Worth: Inside Her Career