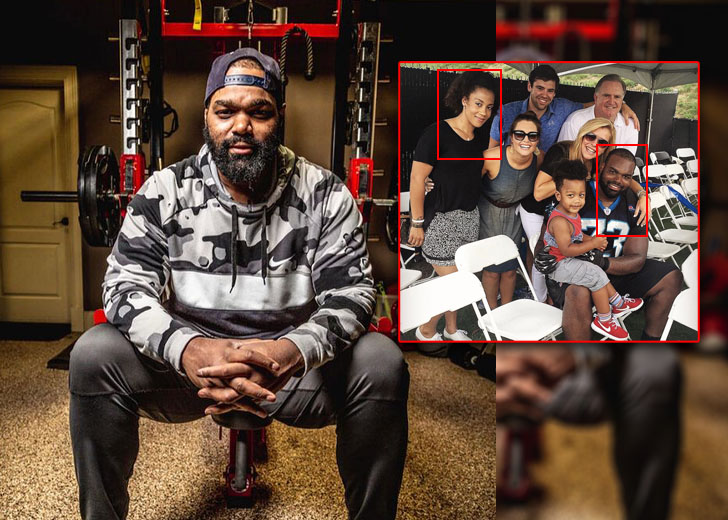 Michael Oher has done it all, from being picked in the first round of the 2009 NFL Draft by Baltimore Ravens and winning the Super Bowl XLVII with them to being featured in the Academy Award-winning movie, The Blind Side.

A well-celebrated former NFL star, he has garnered great success as well as fame. But, though he is a public figure, he is rather private about his life, more specifically his personal life. While his professional life is an open book, the same cannot be said about his love life.

Ever since the public learn about his life story through The Blind Side [both book and movie], they have been interested to learn more about the life of Oher. Additionally, the controversies surrounding his personal life have made people keener.

In July 2017, there arose a scandal that involved the former NFL star and an uber driver. As per the uber driver named Girma Berkessa, Oher asked him to follow a car in which his wife was seated.

The uber driver also mentioned that Oher was drunk and didn’t know what he was doing. Something happened later on and Oher began attacking the driver. Berkessa immediately called 911, filed a report, and even sued Oher to pay him $500,000.

On the other hand, as per Oher, the Uber driver was driving through a longer route so that he could ask for more money from him. The two had a disagreement which resulted in an argument leading to Oher attacking the driver.

In October of that year, the Memphis, Tennessee native stood in a court hearing. However, nothing related to that hearing was made public. Although the heat of the topic slowed down eventually, it did make people think who was Oher’s wife.

The other debate was when there were rumors that a woman going by the name Tabitha Soren was identified as Oher’s wife. But, the speculations proved to be false after doing some digging.

The rumors originated as Soren was married to a man who also goes by the name of Michael. The only difference was that her husband and Oher are completely different people — her husband’s name is Michael Lewis.

On the other note, the one similarity between Soren’s husband and Oher was that Lewis was the man who wrote Oher’s autobiography, The Blind Side, which was later adapted into a movie. Thus, people got confused between the two Michaels.

Who Is Michael Oher’s Wife?

The 2017 Uber Driver scandal proved one thing that Oher is a married man. And, even though other things were cleared up, the one main thing still remained — Who is Michael Oher’s wife?

Well, as per reports, Oher’s real wife’s name is Tiffany Michelle Roy. The two have been married for a while and share a happy marital relationship. Additionally, they reportedly have a child, a son whose details are undisclosed.

Reports also suggest that Tiffany was born in 1992, in a place called Lansing, Michigan. She is the vice-president of Beat the Odds Inc., a non-profit company where Oher serves as the president.

The only time Oher’s wife’s face was seen was when the UCF Football’s Director of Football Operations, Sean Tuohy Jr., had posted a picture alongside his family, Oher and his wife on August 10, 2015. Alongside the family, there also was a child in the picture, which people assume as Oher and Tiffany’s son.

Tuohy Jr. and his wife, Leigh Anne, are the adoptive parents of Oher. Due to that, they are close to the former footballer and his wife. All of them still have a positive and harmonious bond.

Apart from these details, there is not much information available on Oher’s wife and son. He is very private about his relationship and is yet to share any details on it.