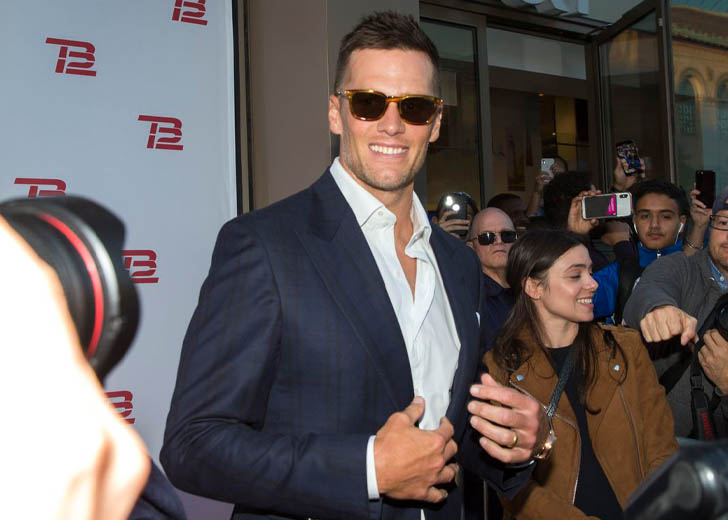 If you follow professional sports in any capacity, you’ll have heard of Tom Brady, the NFL wonder who many believe to be the best quarterback ever to play the game. But if you don’t know all that much about the superstar, then fear not because we’re on hand to help.

In this blog, we’re going to run through the key details that’ll give you the cheat-sheet outline of just who the Californian is — and why he’s so respected.

The first thing to know about Tom Brady is: he’s a very good football player. There aren’t too many 43-year-olds who can play in the NFL, let alone win the Super Bowl. But that’s just what Brady did in 2020. And he’s still going strong, too.

Despite being 44, the quality of Brady’s performances means that the Tampa Bay Buccaneers are among the favorites to win the Super Bowl for the second year in a row. How many more years he has in the NFL is anyone’s guess.

In truth, he shouldn’t be playing now, yet he’s still there. And not just playing, but playing exceptionally well.

That’s where Tom Brady is now. But it wasn’t always that way, of course. Indeed, in another life, he might have been a professional baseball player. He passed up the chance to be a pro slugger in 1995, opting instead to study at the University of Michigan.

Though he played for the Wolverine’s college football team, he spent next to no time on the field in his first two seasons. In his final two years, however, he rose to prominence and eventually led Michigan to Orange Bowl success.

After leaving college, he signed for the New England Patriots, quickly becoming the best quarterback in the NFL. He took them to nine Super Bowl finals in his twenty years with the team, winning four.

At the close of the 2019 season, Brady left the Patriots and signed for the Tampa Bay Buccaneers, where he made history by lifting the Vince Lombardi Trophy.

Though he has a reputation as being a model, All-American professional football player, Brady has also been involved in some controversies, the most famous of which became known as ‘deflategate.’

This is the allegation that Brady asked that the footballs used in the AFC Championship Game against the Indianapolis Colts be deflated, thus giving him an advantage.

After a back and forth in court, the US Court of Appeals found Brady guilty and upheld the decision to suspend him for four regular-season games.

Tom Brady is married to Gisele Bündchen, a Brazilian model. He and his wife met in 2006 and were married in Santa Monica, California, on February 26, 2009. Together, they have two children.

Brady also has another child from a previous marriage. He lives with his family in Brookline, Massachusetts, and New York City, and also owns many other properties around the United States, including in Florida and Montana.

To the outside world, Brady’s football achievements are a mystery, especially given his age. To the people that know him, it’s anything but mysterious.

The football star follows a very healthy lifestyle; he practices meditation and yoga follows an 80/20 diet, and goes to bed at 8:30 pm during the NFL season. In addition, he has a plant-based diet and says he drinks around 200 ounces of water each day.

Will there be a better football player than Tom Brady?

Yes. But whether there’s ever another 43-year-old who wins the Super Bowl in his season with a new team is far from likely. His post-football career will be worth following, too.

This, after all, is a man who continually defies the odds to achieve success. Brady says that his craziest dream is to become a US senator, but given everything that’s done already, you’d have to say that it doesn’t sound that crazy.