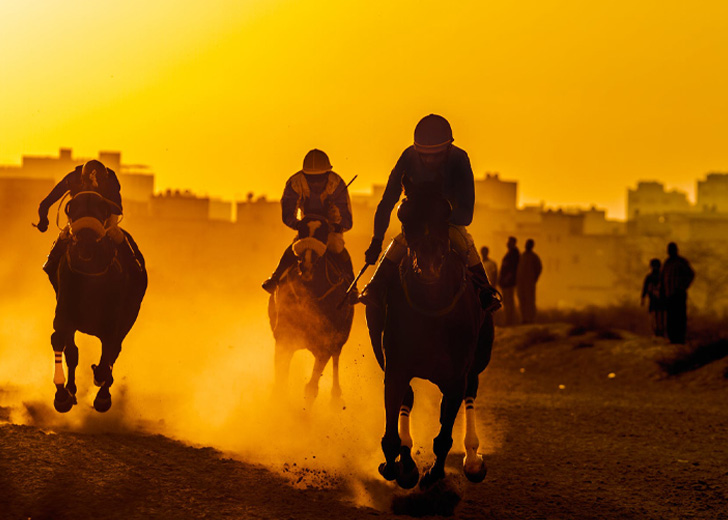 ITV is on the headlines this week as its have been reported to be renewing its rights to show horse racing on British television in a bid to secure a huge revenue stream that will draw in advertisements from bookmakers.

The broadcasting company indicated to several racing chiefs that it is keen on renewing the contract that was penned last year. However, official negotiation or discussions is yet to start.

The current contract, which is known to have coverage of events including Cheltenham, the Grand National, and Royal Ascot, was penned last year August after racing resumed following a forced suspension by the coronavirus pandemic, which placed several sports into crisis at the time.

The results of all discussions will be happening under the eye of the wide racing community, which had recorded losses of hundreds of millions of pounds in revenue during the pandemic, which is mostly due to the lack of ticket sales. This placed a dent on the sport as a whole while there was no slot for lucky 15 for the racing at that point in time.

ITV has been showing racing to its viewers since 2017 when it scored the contract away from Channel 4, and it is also contracted to show horse racing for 100 days on television.

The Derby and Grand National are some of the sporting tournaments that have to air on free-to-air television, following the broadcasting laws made in 1996.

Paddy Power, owned by gambling group Flutter, is a top sponsor for ITV’s racing coverage and will most likely renew its contract with the company if the negotiations end up in an early renewal of the contract.

The chief executive of Spotlight Sports Group, Alan Byrne, claimed that ITV’s ownership of the rights was a “significant benefit to the sport as a whole in terms of profile, introducing people to the sport, generating increased focus on future events and generating additional betting turnover”.

This move came ahead of the fears of racing industry executives that the UK’s gambling laws could have a detrimental impact on the sport if the government orders that gamblers will have to release proof that they can afford a level of wagers.

Speaking to the media, Byrne said, “If you make it harder for people to place bets then bookmakers are going to clearly lose income and as will racing which, in turn, is reliant on bookmakers for large sums of money.”

Before various gambling companies were allowed to advertise on UK tv back in 2007, Channel 4, which owned the rights to air horse racing at the time, was paid to show horse events to ensure coverage.

ITV, Jockey Club, and Ascot Racecourse all refused to make any comment on this topic. While RMG claims that it would be happy to enter talks for an early renewal.