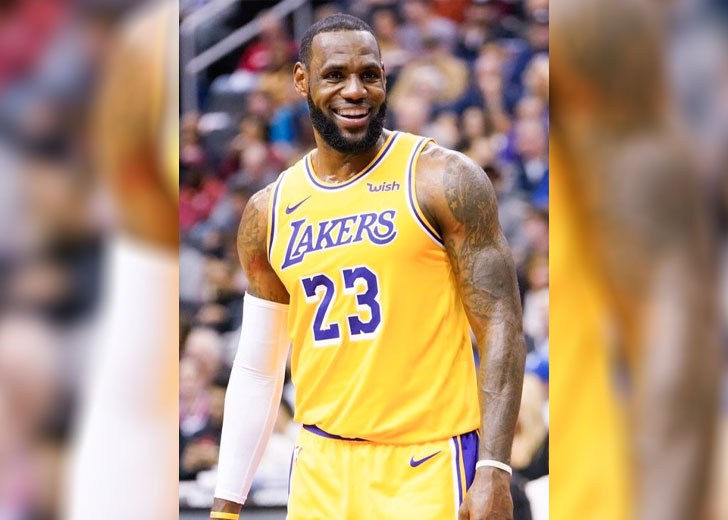 LeBron James is one of the most iconic and well-known sports personalities in the world. He has won four NBA championships in a career nearing its 20th year. For those who aren’t basketball fans, he’s the sport’s equivalent of the star man of the NFL, Tom Brady.

James’ success is not a surprise to those who first saw him take to competitive basketball in college, where he picked up his first awards. His style, combined with his athleticism, instantly caught onlookers’ attention, and he’s never looked back.

How Old Is LeBron James?

James is currently 36-year-old and will celebrate his 37th birthday just ahead of the turn of the year, on December 30th. If previous years are anything to go by, you can expect to see details emerge of a lavish celebration.

He certainly likes to enjoy himself as The LA Times reported that he threw a party at late notice to bond with his team and celebrate the incoming New Year.

His full name is LeBron Raymone James Sr, born in Akron, Ohio in 1984, and his sign of the zodiac is Capricorn.

James is an imposing character who stands at 6 feet 9 inches and is listed as weighing around 250lbs. However, despite his size, he’s known for being deceptively quick. It’s been something that he has been able to take advantage of throughout his career.

James is an American who was born an only child to his mother, Gloria Marie James, and father Anthony McClelland.

However, his father wasn’t involved in his childhood and hasn’t been part of his life since. His own family extends to his wife, Savannah, with who he has been since high school, they have three children Bronny, Bryce, and Zhuri James.

James joined the Cleveland Cavaliers first, making an almost immediate impact. In his breakthrough season, he became the first-ever NBA Rookie of the Year for the franchise and was the youngest player ever to receive this accolade at 20-years-old.

Since then, he’s become one of the most decorated players in the game’s history, winning four NBA Championships with three different franchises; James is also a 17-time All-Star.

As explained in a Bwin infographic on the NBA All-Star game, if James is selected for the 2022 game, he will equal Kobe Bryant’s total of 18 selections. It will leave him one behind Kareem Abdul-Jabbar, who has the all-time record of 19.

This season, James has struggled somewhat with injury. Still, when he has featured, his form continues to be excellent, highlighted when he inspired the Lakers to a comeback against the Detroit Pistons, scoring 33 points.

James has enormous numbers of social media followers where he lets his fans have a glimpse into his world of sport, family, and work away from the court.

On Instagram via the handle, @kingjames 103 million regularly look for updates. He also uses the same moniker on Twitter where 50 million follow him, and on Facebook, he uses his first name and 26 million keep an eye on things there.

Career and Net Worth Details

So far, James has earned over $1 billion, with just under $400 million coming from his salary in the game and the rest coming from off-court earnings.

His endorsement deal with Nike is a lifelong contract and is worth tens of millions each year. James also earns money from real estate and substantial investments into the Fenway Sports Group who owns the Boston Red Sox and Liverpool Football Club in the U.K.